Ravi Bishnoi: Man of the Match in India U19 vs Japan U19 World Cup clash

Bishnoi was the tormentor-in-chief for India as he finished with brilliant figures of four for five to help India wrap up Japan's batting line-up cheaply for 41 runs inside 22.5 overs. 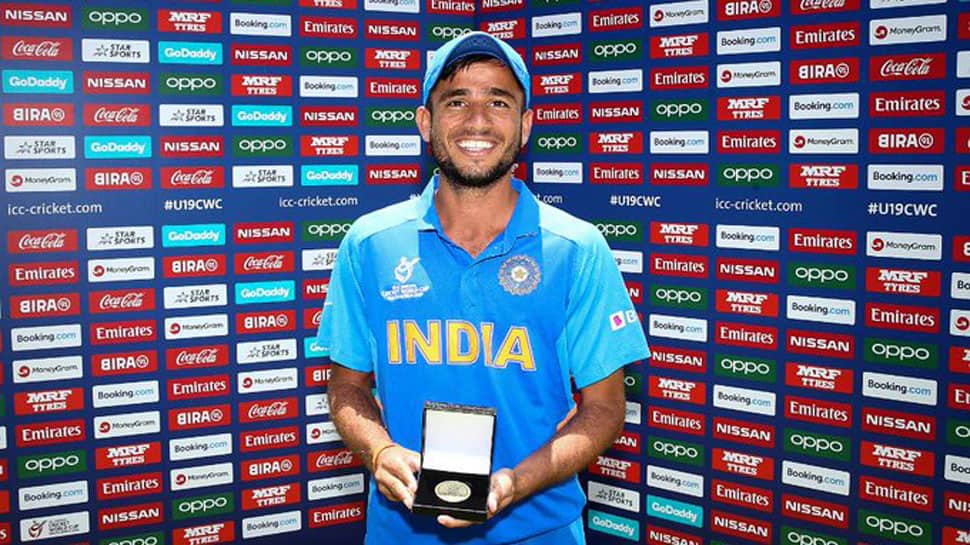 Indian Under-19 spinner Ravi Bishnoi was on Tuesday declared Man of the Match after he displayed a stellar show with the ball to help the Men in Blue thrash Japan U-19 by ten wickets in the second Group A match of the International Cricket Council (ICC) U19 World Cup at Mangaung Oval in Bloemfontein on Tuesday.

Opting to bowl first,  Bishnoi was the tormentor-in-chief as he finished with brilliant figures of four for five to help India wrap up Japan's batting line-up cheaply for 41 runs inside 22.5 overs.

In reply, openers Yashasvi Jaiswal (29) and Kumar Kushagra (13) remained unbeaten at the crease to help the Men in Blue cross the mark in just 4.5 overs.

While Bishnoi bowled out Shu Noguchi (7) and Kazumasa Takahashi (1) in the eighth over, the Indian cricketer caught Ishaan Fartyal (0) leg before wicket on the third ball of the 10th over.

Bishnoi completed his four-wicket haul when Japan's Ashley Thurgate (0) was taken by  Yashasvi Jaiswal at first slip on the fifth delivery of the tenth over. He finished the match with two successive double-wicket maidens.

While receiving the Player of the Match award, Bishnoi said, "I am really happy, it is my first Man of the Match award for my country and I am very excited. Planning was pretty clear and I executed well. I will continue with this performance in the upcoming matches too."

Bishnoi made his List A debut in September 2019. He picked up a total of seven wickets in five Vijay Hazare Trophy games he played for Rajasthan. In six List A games, Bishnoi has notched up eight wickets at the economy rate of 5.63.

In December 2019, the 19-year-old was bought by King XI Punjab for Rs 2 crore at the Player's Auction for the upcoming edition of the Indian Premier League (IPL).

On a related note, India U19 will next lock horns with New Zealand on Friday, while Japan will face Sri Lanka in their last Group A match of the tournament on Saturday.