The herculean effort by arguably the most destructive batsmen in white-ball cricket, helped the hosts pile a gigantic 181/4 in their innings after they were invited by Sri Lanka skipper Tillakaratne Dilshan to bat first. 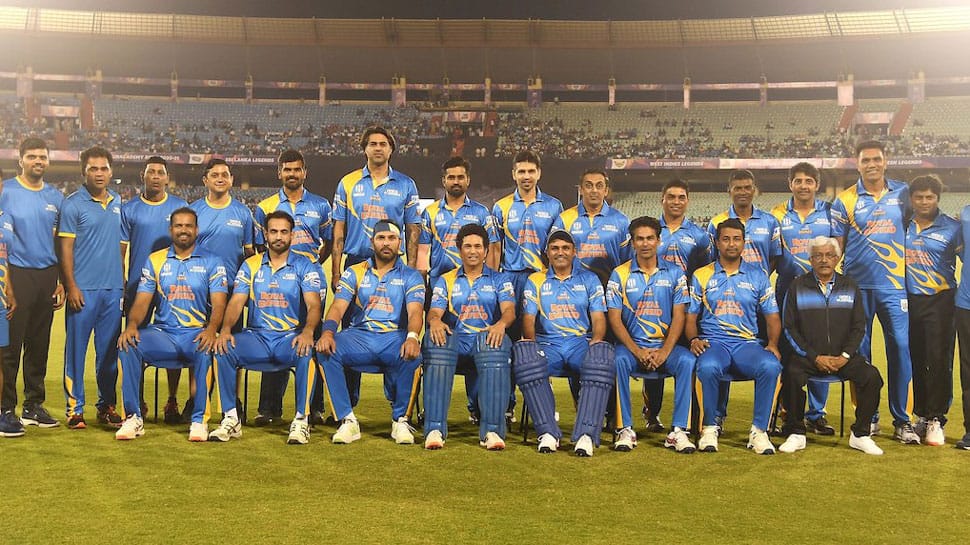 Yuvraj Singh and Yusuf Pathan scored twin fifties as India Legends clinched the Road Safety World Series after beating Sri Lanka by 14 runs in the final at Raipur on Sunday. The herculean effort by arguably the most destructive batsmen in white-ball cricket, helped the hosts pile a gigantic 181/4 in their innings after they were invited by Sri Lanka skipper Tillakaratne Dilshan to bat first.

In response Sri Lanka got off to a solid start but lost thier plot in the middle and could only manage 167/7 in their 20 overs.

We have our first champions of the @Unacademy Road Safety World Series, an intense final sees the #IndiaLegends come out on top after a close contest against the indomitable #SriLankaLegends. pic.twitter.com/96Fo51pXcA

Yusuf along with Yuvraj stitched 85 runs in 47 balls for the fourth wicket, before Yuvraj was dismissed by Kaushalya Weeraratne on 60 (41) balls. Yuvraj arrived at the crease when India were reeling at 35/2 after 4.2 overs and started making an impact in the contest right from the word go. Batting at a strike-rate of a little below 150.00, the left-handed batsman smashed four sixes and the same number of boundaries.

Meanwhile, Yusuf, who recently announced his retirement from the sport, led the carnage from the other end and finished the contest unbeaten on 62 from 32 balls. His innings included five massive sixes and four boundaries.

The  comes up for @iamyusufpathan.

In the finals on Sunday, Virender Sehwag along with India Legends skipper Sachin Tendulkar kicked-off the proceedings at the Shaheed Veer Narayan Singh International Cricket Stadium after being invited to bat first. However, the pair failed to provide the hosts with the start they would have hoped for as legendary spinner Rangana Herath cleaned up Sehwag on 10 (12) and Sanath Jayasuriya followed it up by trapping Subramaniam Badrinath on 7(5).

Tendulkar was the third man to depart after the batting legend was dismissed by Farvez Mahroof on 30 (23) balls.

In response, Sri Lanka got off to a solid start with the opening pair of Dilshan and Jayasuriya added 62 runs for the opening wicket, before the former was dismissed by Yusuf. Following the breakthrough, the visitors kept losing wickets at regular intervals and failed to build a partnership.

However, towards the end Chinthaka Jayasinghe and Kaushalya Weeraratne provided late resistance and kept Sri Lanka in the hunt. The pair added 64 runs for the fifth wicket before Manpreet Gony provided the hosts with the breakthrough in the form of Weeraratne.

Jayasinghe also fell soon with the required run-rate mounting as India wrapped the proceedings on a winning note.