Srikanth said that the opposition knows that you either get Rohit Sharma out before he gets to 10, or the next pit stop is probably 100. 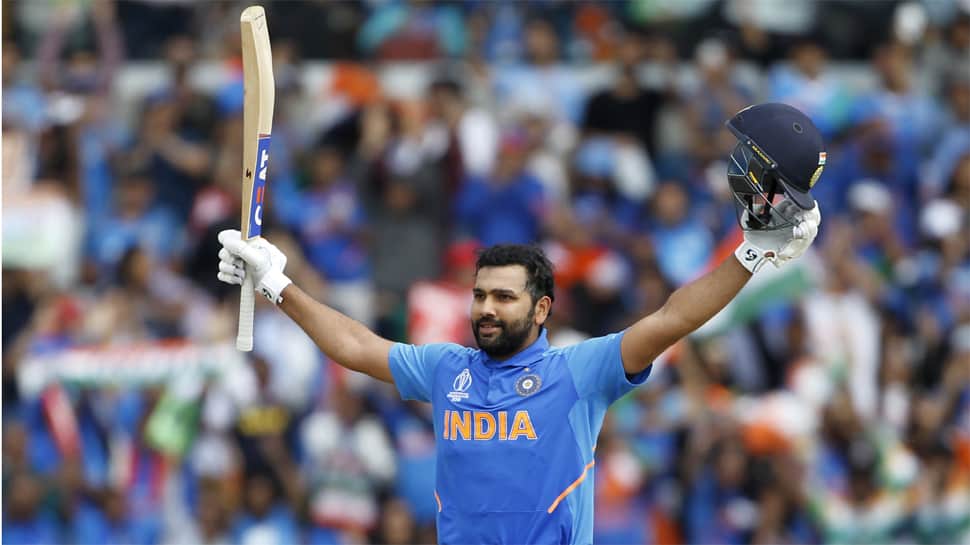 Former India skipper Kris Srikkanth on Sunday showered praise on Rohit Sharma for his stellar innings against Sri Lanka and his consistent form in the ICC World Cup 2019. "Three centuries in a row, five in total in this ICC Men’s Cricket World Cup 2019, he is in incredible form. The opposition know that you either get him out before he gets to 10, or the next pit stop is probably 100," he said as per an ICC media release.

Lauding him for his temperament, Srikkanth said that even if he starts at a slow pace, he is dangerous. "In the last three years of his career he has been outstandingly consistent in one-day cricket. I think the most important thing about him is his temperament. He is so cool and calm and just never gets flustered. So many players start to panic if they don’t get runs during the Powerplay, but Rohit doesn’t. Even when he starts slowly, he is dangerous," he said.

"He has this ability to just shift through the gears, from second, to fourth, to sixth, to eighth. By the time he gets to 120, he is in eighth gear. He has a fantastic striking ability and we saw that against Sri Lanka. But it is also important to remember that he does more than just strike the ball cleanly. Rohit can score this many centuries because he has rock solid defence," he added.

"I think back to when he was still batting in the middle order, a game against South Africa when Dale Steyn had just taken two quick wickets. Rohit came in, played with a dead straight bat and built through his defence. You cannot score that many hundreds without a great defence, and Rohit has it," he said.

Not just Rohit, Srikanth was also all praises for KL Rahul who scored a century against Sri Lanka on Saturday. "India’s openers are flying right now and in Rohit Sharma they have someone who has it all. I am really pleased to see him (Rahul) get to a hundred because he has played very well up to now making 40s and then 77 last time against Bangladesh," he said.

"He is another guy who is capable of scoring big hundreds, as we saw in the Test series last year in England. At The Oval he scored a magnificent 149 and almost saw India home in a massive chase. He can score big runs and we are going to hear a lot more about him in the future," he said.

Complimenting him for having filled in the shoes of the experienced Shikhar Dhawan who was ruled out of the World Cup due to injury, Srikanth said that it was a difficult position to replace.

"He had to step into the shoes of Dhawan, who had just scored a hundred against Australia. That was a lot of pressure, but he has batted really well and now done something on a par with Dhawan. KL Rahul can bat across all formats and score runs, and it is great for India that he is scoring runs including 111 against Sri Lanka," he said adding that it is a real challenge going from playing at number 4 to opening, but he made the transition seamlessly.

The former India captain also did not miss a chance to heap praises on 'leader of the Indian attack' Jasprit Bumrah. "He is the main weapon, he takes wickets, he can put on the brakes when the opposition are getting on top, he can do everything. We saw it against England when they were cutting loose, and against Sri Lanka again, when they were trying to attack. Looking ahead to the semi-final, Bumrah is going to be a key man for Virat Kohli. India are lucky to have someone with the ability to take wickets with the new ball, come back later and break a partnership if needed, and then to restrict at the death," he said.