Shahid Afridi picks All-time best World XI with only ONE Indian in team, Find out who 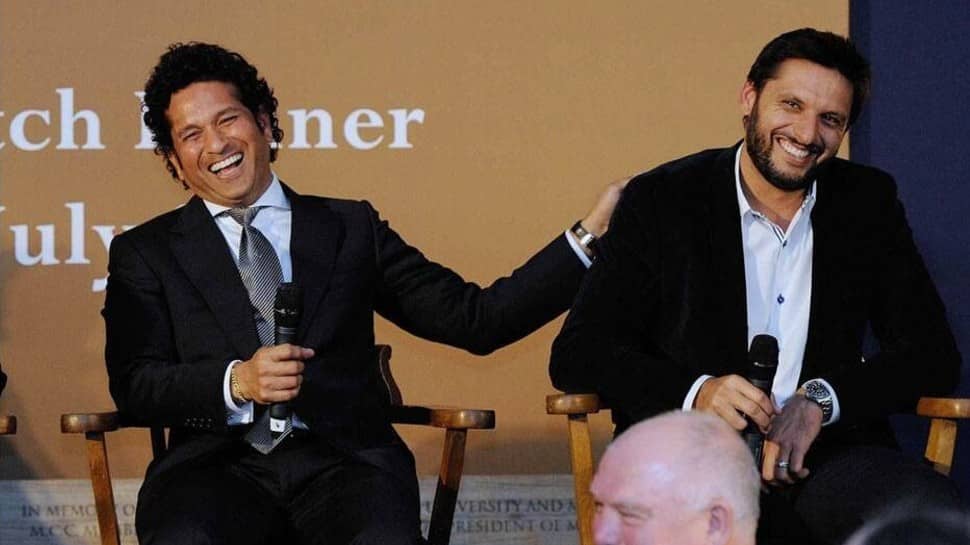 Former Pakistan captain Shahid Afridi picked his All-time best World XI but surprisingly there was only one Indian cricketer who made the cut. Interestingly, Afridi included as many as five Pakistan players in the team and also named Inzamam-ul-Haq as the skipper of the team.

Afridi chose Tendulkar to bat at the No. 4 position in his line-up. Tendulkar tallied 15921 runs in Tests and 18426 runs in ODIs in his illustrious career spanning 14 years. Former Pakistan opener Saeed Anwar and Adam Gilchrist open the innings for the all-rounder.

Anwar was well known for his class, timing and flamboyant game and delivered consistently while opening the innings for Pakistan. Gilchrist, on the other hand, was known for his aggressive batting approach and took the attack to the opposition from the get-go.

Ricky Ponting bats at one down for Shahid Afridi in his best playing XI. Ponting is regarded as one of the best number three batsman of all time and led Australia to great heights as a leader.

Rashid Latif, Pakistan’s former wicket-keeper batsman, takes the gloves in Afridi’s all-time team. Latif is a surprising choice over the likes of former India captain MS Dhoni, who won both the T20 World Cup title in 2007 as well as 2011 50-over World Cup title.

Wasim Akram, Glenn McGrath and Shoaib Akhtar constitute the pace battery whereas Shane Warne is the solitary spinner in the team. Akram and McGrath were known for their accurate line and length. Akram was a master in swinging the ball both ways whereas Shoaib Akhtar was well known for his pace.

WTC Final win can do to Tests what MS Dhoni’s 2007 World Cup win did to T20, says Cheteshwar Pujara