West Indies were 69/1 at stumps after bowling out Sri Lanka for 204 on a rain-curtailed Day 2 of the second Test at Galle International Stadium on Tuesday. 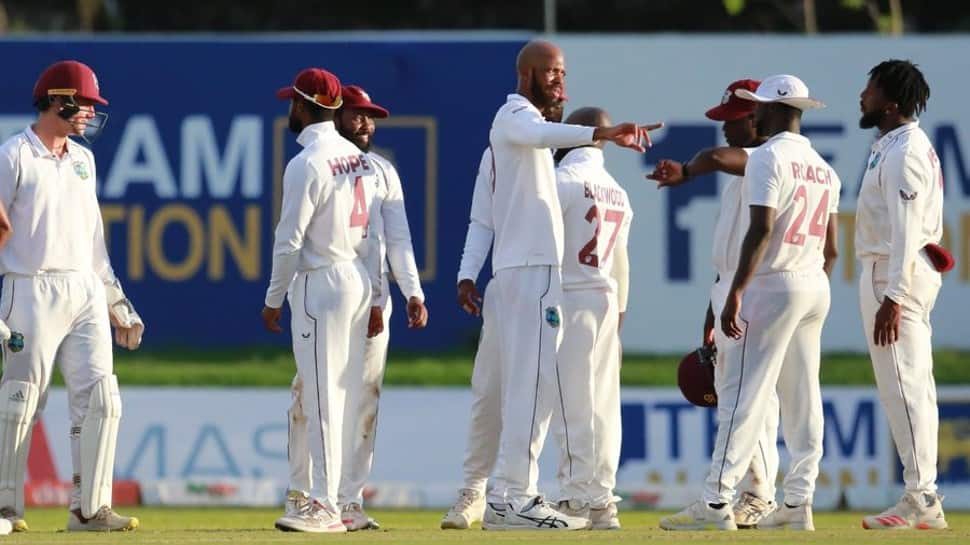 West Indies finished the day on 69/1 in the ongoing second Test against Sri Lanka as play was called off due to persistent rain here in Galle on Tuesday.

West Indies is trailing by 135 runs in the first innings and were going good before rain forced early stumps on day two of the second Test.

Resuming day two at 113/1, Sri Lanka got off to a bad start as the side lost quick wickets in the first hour of play.

Play comes to an end on Day 2 due to rain. #SLvWI #MenInMaroon

West Indies spinner Veerasammy Permaul took five wickets as Sri Lanka crumbled on Tuesday after having made a solid start to the second Test on day one.

Jomel Warrican too joined the party as he picked four wickets to dismantle the Sri Lanka batting lineup. The hosts were eventually folded for 204 in the first innings.

The #MenInMaroon are on 69-1 as rain comes down and forces an early tea break!

Brathwaite and Bonner are now at the crease #SLvWI  pic.twitter.com/mcOmRwHfnn

Praveen Jayawickrama removed Blackwood in the 28th over and West Indies ended the day at 69/1 as rain forced early stumps on Tuesday.