PCCT United defeated TCA Indians by seven wickets while FCC Formosans thrashed Taiwan Dragons by eight wickets in their respective semi-final clashes to book their places in the final. 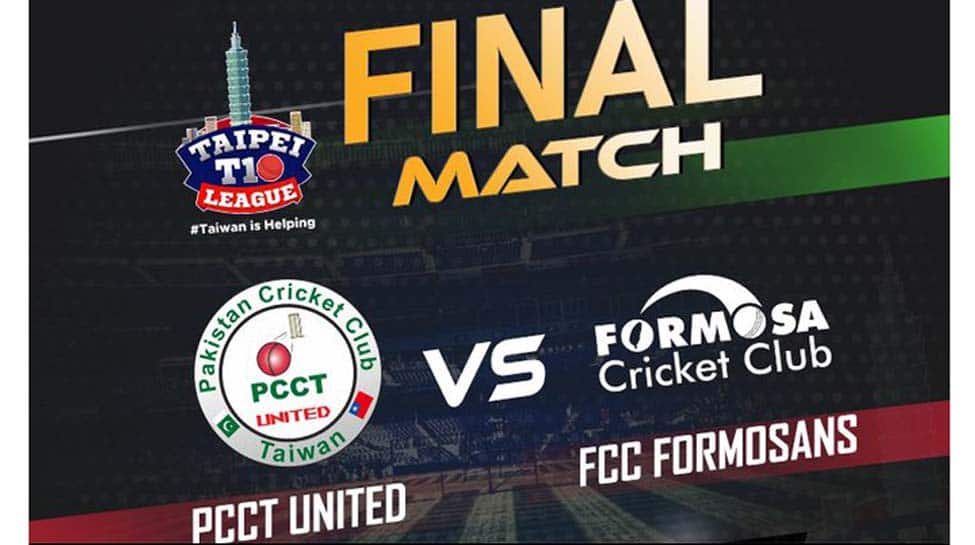 PCCT United produced an all-round performance to beat FCC Formosans in the final of Taiwan's first-of-its-kind, Taipei T10 League 2020 and clinch the title at Yengfeng Cricket Ground on Sunday.

FCC Formosans won the toss and elected to bat first in the summit showdown of the tournament,which gave a much-needed respite to cricket fans at a time when all the international events around the globe are at halt due to coronavirus pandemic.

While the wickets kept tumbling at regular intervals, opener Arun Parappagoudar and Omesh Bhat were the only two batsmen to provide some relief to FCC Formosans in the final clash.

Arun played a crucial knock of 31 runs off 17 deliveries, while Bhat notched up 33 runs off 25 balls to help their side post a score of 100 for nine in their stipulated 10 overs.

In reply, Javed and Muhammad Amzad scored unbeaten knocks of 48 and 35 runs, respectively to help PCCT United chase down the target in just 8 overs. PCCT United posted a score of 105 for the loss of just two wickets to grab the title.

Pintu Kumar and Aryandeep Mrinal were the only two bowlers to grab a wicket each for Formosans.

Earlier in the day, PCCT United defeated TCA Indians by seven wickets while FCC Formosans thrashed Taiwan Dragons by eight wickets in their respective semi-final clashes to book their places in the final.