Perry batted at No.7 during the side's successful ICC World T20 campaign in the West Indies in November, with the likes of Meg Lanning, Ashleigh Gardner, Beth Mooney, Alyssa Healy and Elyse Villani preferred at the top of the order. 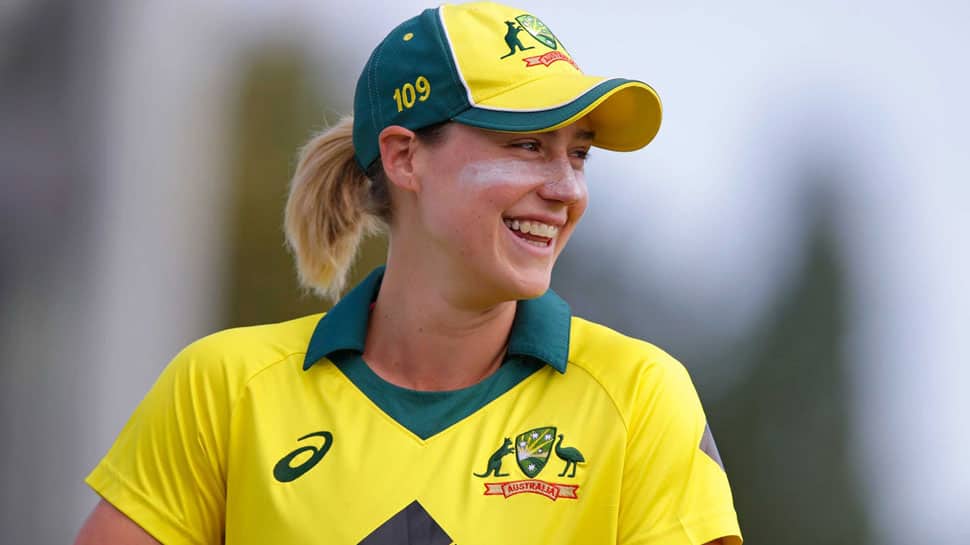 Team Australia women's coach Matthew Mott has stated that he is considering promoting all-rounder Ellyse Perry who has been in prime form with the bat across the last seven months up the T20I order.

Perry batted at No.7 during the side's successful ICC World T20 campaign in the West Indies in November, with the likes of Meg Lanning, Ashleigh Gardner, Beth Mooney, Alyssa Healy and Elyse Villani preferred at the top of the order.

"I think the form she's in, it's definitely worth considering," said Mott as quoted by cricket.com.au.

"I think the (approach) we've had where she's played in that middle order has worked, but every series we go into we review that and that's something we'll look at in the next couple of days. The gut feel is it would be hard to leave her (down the order) the form she's in," he added.

The 28-year-old all-rounder has been in excellent form for Australia during the ongoing Ashes tour. Perry made her presence felt in the second ODI smashing 62 before following it up with figures of 7-22 in the next ODI.

Her performance in the recently concluded one-off Test was further praiseworthy as she smashed a century and an unbeaten half-century in two innings.

Team Australia have retained the multi-format women's Ashes following victory in all three ODIs which was followed by a draw in the one-off Test. With the first T20I between the two sides set to take place in Chelmsford on Friday, Mott further revealed that there might be changes in the bowling attack following the return of spinner Sophie Molineux from injury.

This could result in the team management taking some hard decisions as confirmed by the Team Australia coach with spinners Georgia Wareham, Jess Jonassen and pacers Nicola Carey, Delissa Kimmince, Tayla Vlaeminck available.

"Once again there's going to be some really hard decisions come into it. We'll probably leave it for a day for two see what comes out of this, the niggles that come out of it and then form our squad from there," concluded Mott.