England announced their 13-man squad on Wednesday and apart from Gregory, Jason Roy will also make his Test debut. 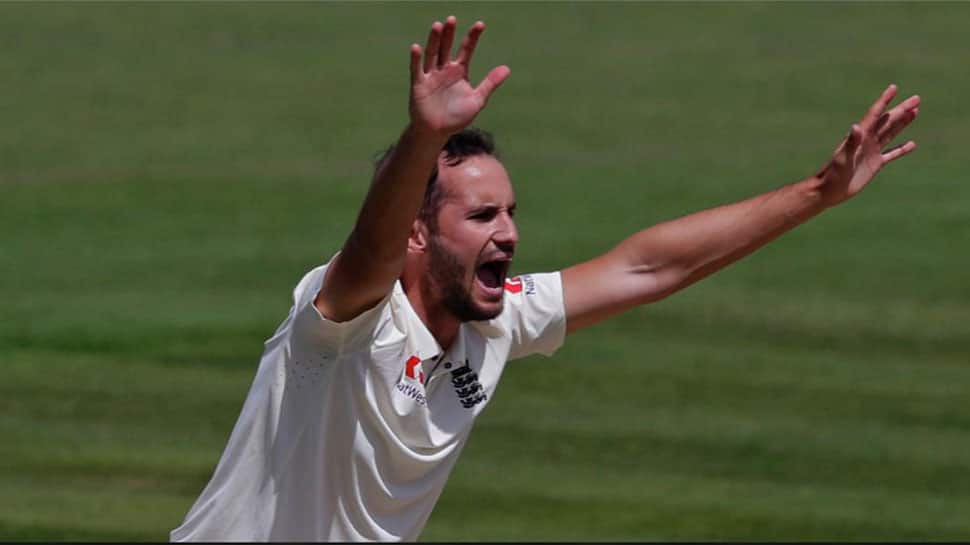 Dubai: English bowler Lewis Gregory, who will make his England Test debut against Ireland, claimed that receiving the call for the match left him speechless.

Gregory said that England National Selector Ed Smith called him up on Wednesday morning to inform about this decision.

"I was really excited when Ed called me this morning. I was a little bit speechless, I didn`t know what to say," International Cricket Council (ICC) quoted Gregory as saying.

England announced their 13-man squad on Wednesday and apart from Gregory, Jason Roy will also make his Test debut.

Gregory displayed brilliant form in the County Championship cricket over the last couple of seasons and took 44 wickets from eight matches in this season. Gregory was part of the England Lions and was competing against Australia A for a Test match which ended in a draw on July 17.

Although the match left him exhausted, Gregory stated that this news rejuvenated him."It`s been a really tough game on a pretty docile wicket, and there are some sore and tired bodies in there, but when you get the news I got this morning it gives you a little bit of a lift, and you feel a little bit better," he added.

After the call-up for the Ireland match, Gregory is setting eyes on the Ashes series, which will commence from August 1.

"It`s always been a dream of mine, and I`ve always believed that I was good enough and have the potential to play international cricket. The last two summers, I`ve put in performances consistently enough to raise that belief," he said.

"And I always knew that, if I kept performing, there would be an opportunity at some stage. If next week`s that, then hopefully I`ll go and perform and put my hand up for an Ashes call as well," he added.

England will face Ireland in a one-off Test match starting from July 24.