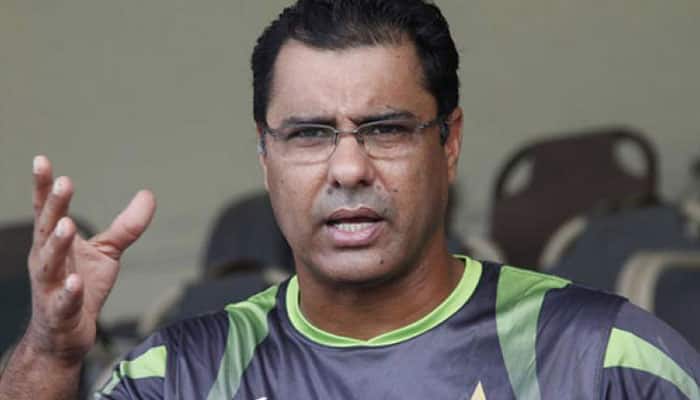 Winning an International Cricket Council (ICC) World Cup trophy is never easy, just ask master blaster Sachin Tendulkar – it took the great man until his sixth and final attempt to get his hands on that coveted piece of silverware.

And when you consider the tournament’s relatively short history and the pre-eminence of certain sides in that period – most notably the West Indies at the outset and Australia since the turn of the century – there are inevitably going to be some great names who never got a chance to lift that famous triple-columned trophy.

Indeed, while below we have picked our 10 greatest who never won it all – the shortlist of candidates who just missed this list is packed with all-time greats.

How can we overlook pace masters like Allan Donald, Courtney Walsh and Curtly Ambrose? Not to mention the timeless class of a Martin Crowe or Zaheer Abbas?

And what about this current England side that have so dominated 50-over cricket since the last tournament? Do any of them merit a mention?

Certainly, the likes of Joe Root, Jos Buttler and Eoin Morgan are in the discussion – and there is no accounting for taste after all.

With less than a week to go for the 2019 ICC World Cup, let us have a look at the 10 greatest players to have never won a coveted trophy:

Graham Gooch couldn’t have done much more to win a World Cup.

After all, he played in three finals – captaining them in 1992 – and yet was on the losing side each time.His century in the 1987 semi-final to defeat India in Mumbai was one of England’s greatest World Cup knocks.

And when you throw in his longevity – his first ODI came in 1976 and his last in 1995 – the great man appears to have a pretty cast-iron case for inclusion here.

Not to mention the fact that his tally of 22,211 List A Runs is the most of any batsmen, ever.

Botham played in two World Cup finals with England and his all-round talents were brought to bear on the biggest stage of all.

With the ball he was a consistent threat throughout his ODI career – but he hit his peak at the 1992 tournament.

He picked up 16 wickets in 10 games and was instrumental in their run to the final. Throw in his ability to pinch hit at the top of the order as well as in his more traditional lower middle order and you have an understanding of just what Botham offered a team.

Probably a victim of being born in the wrong era when it comes to limited overs cricket –in today’s game Botham would have been re-writing batting records to go with his bowling ones.

It feels so cruel to bring it up all over again. But Waqar Younis – one of the greatest fastest bowlers of his or any era – was injured and did not appear for Pakistan in their historic 1992 World Cup success.

Wasim Akram starred with the ball that tournament – finishing as top wicket taker – but the player with whom he formed such a feared pair was not there.

A pioneer of reverse swing with the older ball – Younis was near impossible to hit in the death overs while his work with the new ball earned him his nickname ‘The Burewala Express’.

Younis’s ODI brilliance really is without question – no one has more five-wicket hauls in history in this format than the great man – who was at least part of the team that made the final in 1999 only to come unstuck against the Australians.

And while his individual brilliance is without doubt – he hit three centuries in the 2003 tournament alone – his real influence was on creating the dominant India side we see in front of us today.

As an aggressive, and often outspoken captain, Ganguly turned his country into the fighting unit that they are today.

Under his guidance they turned from an easy touch away from home to world class the world over.

It was just a shame that the skipper who nurtured so many young stars was not there when it all finally came to fruition in 2011.

But his record at World Cups is beyond reproach – the Bengal Tiger hit 1006 runs across 22 matches at an average of 55.88.

Brian Lara’s records in Test cricket are known to even the most casual of cricket fans.

But the Prince of Port of Spain was also a titan of the one-day era and racked up the runs in 50-over cricket much like he did in the longest form.

Very few players before him had passed 10,000 career ODI runs – and even now he sits 10th in the overall standings.

He played the unsatisfyingly high number of 299 ODIs for the West Indies but was one of very few men to pass 150 three times in an individual knock.

His style remained dashing to the last and that he arrived at the end of the West Indies’ long period of dominance is a shame for him, but a relief for the rest of the world.

The man they called Zulu – chiefly because of his fluency of the language – was an all-rounder of serious talent.

A fine red-ball player, Klusener would come alive in limited overs cricket and his annus mirabilis was undoubtedly 1999.

Voted man of the tournament as South Africa crashed out in the semi-finals, his big hitting and canny bowling made him the most valuable player by far and Wisden’s cricketer of the Year in 2000.

But he was no flash in the pan either, the South African with the baseball style backlift finished his career with an ODI batting average of 41 and bowling average of 29.

That puts him on a par with some of the great all-rounders in South African history – and indeed world cricketing history.

After Lance Klusener, it only seems right to mention the great South African all-rounder Jacques Kallis.

Across both Tests and ODIs, there was little Kallis couldn’t do. And what a long time he managed to do it for.

He took 273 wickets and scored over 11,000 runs in ODI cricket, and was the first name on the team sheet for the Proteas year after year.

Only one other all-rounder in the history of the format has scored over 10,000 runs and taken 250 wickets – Sanath Jayasuriya.

And with 17 hundreds and 86 fifties, Kallis was the man with the willow who could do it all for his country – re-build an innings or press the accelerator after a strong start.

It’s just a shame that so many South African greats never got to lift the biggest prize in the format despite their golden generation.

There was no more fitting way for Kumar Sangakkara to prove his brilliance in one day cricket than with his sign off at the 2015 World Cup.

Throw in his years of compiling runs while also keeping wickets – at the end of his career he switched to specialist batsman and saw his numbers go through the roof – and Sangakkara’s numbers are eye-popping.

By the end of his international career, only Sachin Tendulkar had more ODI runs than he.

The one achievement lacking in an exemplary copybook was that he never won it all but he was too young for Sri Lanka’s 1996 title and lost in the 2007 and 2011 finals – even if he did average more than 50 across the two show-piece appearances.

AB de Villiers could do things with a bat in his hand that no other batsman could have even dreamed of.

A career ODI average of 53.50 puts him in rarefied air but with a strike rate north of 100 makes him in a category all of his own.

Throw in his 31-ball ton against the West Indies – the fastest of all time no less – and the de Villiers CV is compelling just on numbers alone.

But watching the Proteas legend bat was about so more than the statistics. He could see shots others couldn’t, would give death bowlers nightmares and could single-handedly take a game away from your team in a nanosecond.

With his tennis, hockey and golf brilliance, he had power, timing and precision to bash you down the ground or paddle you over his own head – setting fields to him was impossible.

You don’t get the nickname ‘Boom Boom’ for nothing.

But while Shahid Afridi burst onto the scene as a big-hitting middle order batsman for Pakistan – his career has been one of reinvention.

Yes, he could hit the ball a mile and his 37-ball century back in 1996 was a record that stood for a long time.

But his wrist spin – that began as a part-time practice – also saw him end up as the current fifth highest wicket taker of all time.

Add to that his captaincy and Afridi’s all-round talents make him one of the greats that dragged the game of cricket into the modern era that we now know and love.