Going down the memory lane, Shoaib Akhtar had said that MS Dhoni got under his skin during the match. The Rawalpindi Express admitted to bowling a ‘deliberate beamer’ out of sheer frustration. 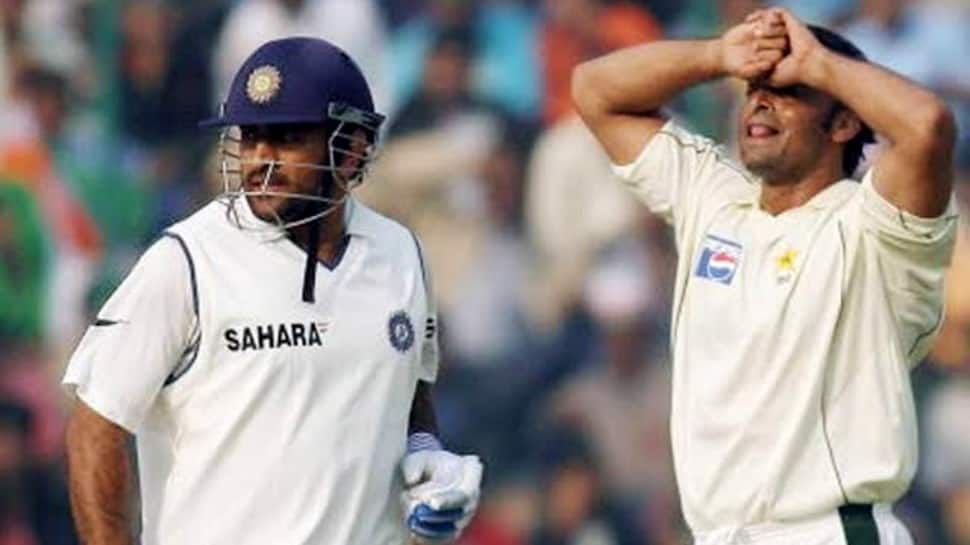 Cricket matches between India and Pakistan are more often than not super-charged affairs. It is no surprise that emotions of the cricketers of the two nations are always on the edge when the two countries are facing off against each other. It was no different back in 2006, when former India captain MS Dhoni turned up to bat against Pakistan’s Shoaib Akhtar, who was then without doubt the quickest bowler in the world.

Dhoni was at the peak of his batting prowess in the rare India-Pakistan Test series in Pakistan and had notched up his maiden Test century off only 93 balls in the game at Faisalabad. With Dhoni still trying to settle in, Akhtar tried to ruffle up the Indian wicketkeeper batsman with a barrage of bouncers and Dhoni was in obvious discomfort. But once he got his eyes in, there was no stopping the Chennai Super Kings captain. The Jharkhand wicketkeeper raced away to a half-century off 34 balls with seven fours and three massive sixes.

He ended up scoring a 153-ball 148 with 19 fours and four sixes after which Danish Kaneria got him stumped. The match was drawn, but Dhoni hogged the limelight with his maiden Test ton on foreign soil. Ever since then, Dhoni went from strength to strength in his illustrious career.

Here is the video…

Going down the memory lane, Akhtar had said that Dhoni got under his skin during the match. The Rawalpindi Express admitted to bowling a ‘deliberate beamer’ out of sheer frustration.

“I think I had bowled an 8-9 over spell in Faisalabad. It was a quick spell and Dhoni scored a hundred. I purposely bowled a beamer to Dhoni and then apologised to him,” Akhtar had said.

“It was the first time in my life I had bowled a beamer purposely. I shouldn’t have done it. I regretted it a lot. He was playing so well and the wickets were so slow. However fast I was bowling, he kept on hitting. I think I got frustrated,” he added.

Akhtar toiled hard for 25 overs in that Faisalabad Test, but could only dismiss Sachin Tendulkar, caught by Kamran Akmal. Dhoni went on to play 90 Tests and scored nearly 5,000 runs before he retired in 2014.