Boult topped the rankings in January 2016, and is again on his way up, with only India fast bowler Jasprit Bumrah and Afghanistan leg-spinner Rashid Khan ahead of him. 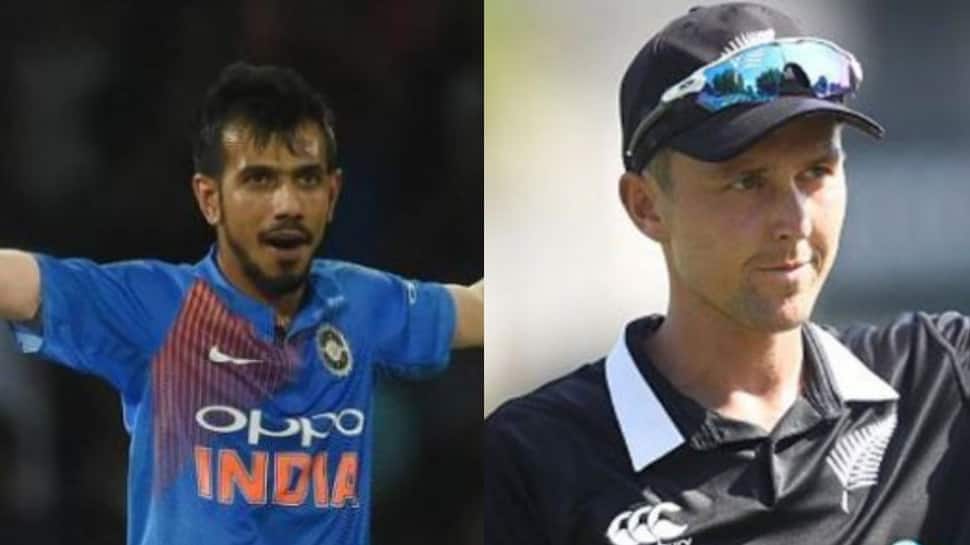 New Zealand fast bowler Trent Boult has surged in the International Cricket Council (ICC) Men’s ODI Player Rankings after finishing with a total of 12 wickets in the five-match series against India, which culminated in Wellington on Sunday with a 4-1 victory for the visiting side.

The 29-year-old left-armer, who swung the ball prodigiously to claim five for 21 and guided New Zealand to an eight-wicket win in the fourth ODI, has moved up seven places to grab third position in the bowlers' rankings.

Boult topped the rankings in January 2016, and is again on his way up, with only India fast bowler Jasprit Bumrah and Afghanistan leg-spinner Rashid Khan ahead of him.

India leg-spinner Yuzvendra Chahal (up one place to fifth) and fast bowler Bhuvneshwar Kumar (up six places to 17th) are among others to move up in the latest rankings update, which also takes into account India’s preceding three-match series against Australia, the five-match series between South Africa and Pakistan, and the three matches between the United Arab Emirates and Nepal.

In the ICC rankings for ODI batsmen, former India skipper Mahendra Singh Dhoni has climbed up three places to grab 17th position during a run, which includes three consecutive half-centuries for a player of the series award against Australia. Kedar Jadhav (up eight places to 35th) is another one to advance for India in the list led by their captain Virat Kohli.

For South Africa, Quinton de Kock (up one place to eighth), Hashim Amla (up three places to 13th) and Reeza Hendricks (up 36 places to 94th) have moved up among batsmen while Andile Phehlukwayo’s eight wickets have seen him gain 13 places and reach 19th position and Dwaine Pretorious has moved up from 53rd to 44th slot.

Pakistan’s fighting effort in South Africa was thanks largely to Player of the Series Imam-ul-Haq and he has gained nine slots to reach his career-best 16th position with 271 runs at the top of the order. Shaheen Afridi, who came into prominence in last year’s ICC U-19 Cricket World Cup in New Zealand, is also among those to benefit. The tall left-arm fast bowler has moved up 38 slots to 74th position after taking six wickets in the series.

Other batsmen to move up in the latest rankings include the Australia duo of Glenn Maxwell (up two places to 30th) and Shaun Marsh (up from 60th to 43rd).

The UAE and Nepal players have had some highs too. Fast bowler Mohammad Naveed of the UAE has jumped six places to 57th and a tally of 470 points that is the highest ever by a bowler from his side. Nepal’s leg-spinner Sandeep Lamichhane has gained 16 slots to reach 134th position as he works his way toward becoming the first from his country to break into the top 100 with either bat or ball.

In the ICC Men’s ODI Team Rankings, New Zealand have slipped behind South Africa to fourth place. Nepal now have a full ranking after crossing the threshold of eight matches and are now tied with the UAE at 15 points with their 2-1 win but marginally behind on decimals.

Back injury rules Martin Guptill out of India T20I series