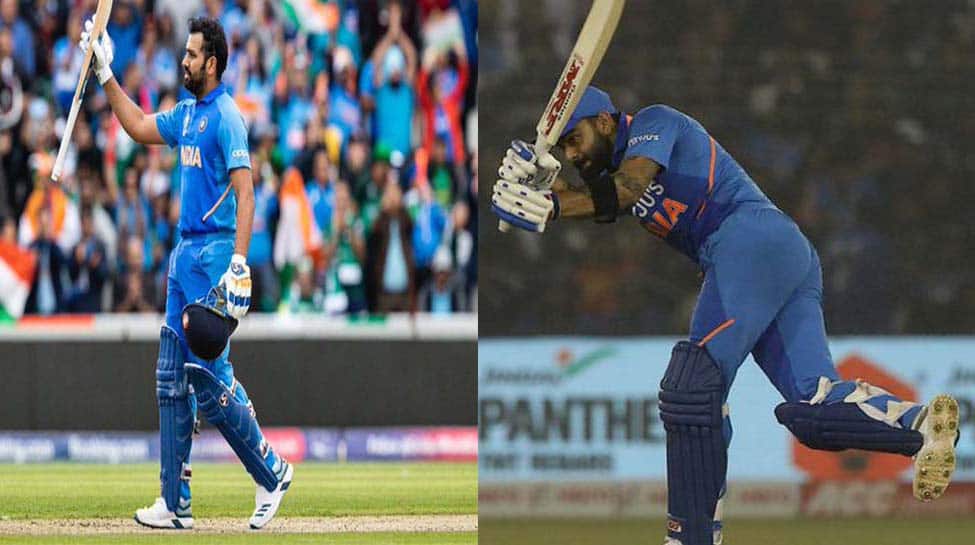 Kohli and Sharma have gained two and three rating points, respectively, after showcasing decent performances with the bat during the Men in Blue's 2-1 win over Australia in the three-match home series.

Kohli is standing at the top spot with a total of 886 points after his Player of the Series effort of 183 runs while Sharma’s 171 runs, which included a match-winning knock of 119 in the final ODI in Bengaluru, have taken him to 868 points and strengthened his No. 2 position. Pakistan’s Babar Azam is occupying the third position with 829 points.

Meanwhile, Dhawan has gained seven slots to grab 15th position with 170 runs in two innings, missing a chance to bat in Bengaluru after injuring his shoulder while fielding.

KL Rahul, who opened in place of injured Dhawan in the series-deciding final ODI, has moved up by 21 slots to reach 50th position with an aggregate of 146 runs.

All-rounder Ravindra Jadeja has moved up two slots to occupy 27th position among bowlers after finishing with four wickets in the series. He also scored 45 runs in two innings and has gained four places in the all-rounders’ list to be ranked 10th.

Australian batsman Steve Smith, who topped the run-scoring chart in the series with an aggregate of 229 runs including a knock of 131 in the final ODI, has been rewarded for his impressive performance with a four-place jump to 23rd position.

Leg-spinner Adam Zampa’s five wickets in the series saw him advance 20 places to reach 37th position while Kane Richardson has moved from 77th to 65th spot in the ICC ODI rankings for bowlers.