The two players beat a hasty retreat, moving away quickly as England opener Jonny Bairstow began spraying champagne on everyone a few second after skipper Eoin Morgan lifted the trophy. 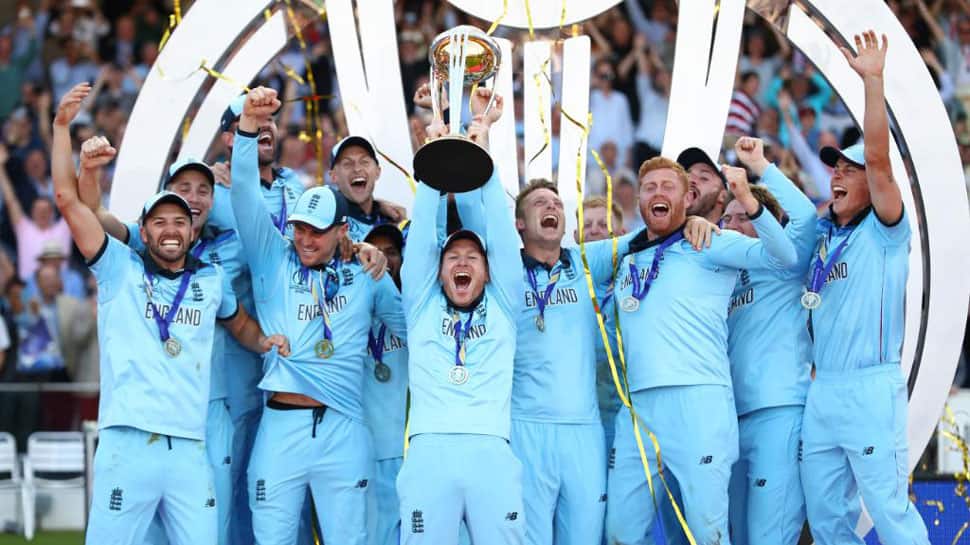 England defeated New Zealand on the basis of a superior boundary count (26-17) following a super over in the final of the ICC World Cup 2019 at Lord's, London on Sunday.

The hosts who lifted the ICC World Cup trophy for the first time, having reached the final of the tournament after 27 years were full of excitement and delight, as evident from the popping of champagne bottles during the presentation ceremony.

However, what they failed to take into account was the religious beliefs of spinner Adil Rashid and all-rounder Moeen Ali who are practising Muslims with consumption of alcohol not permissible in Islam. The two players beat a hasty retreat, moving away quickly as England opener Jonny Bairstow began spraying champagne on everyone a few seconds after skipper Eoin Morgan lifted the trophy.

A video of the incident was soon uploaded on Twitter, drawing reactions from the Twitterati.

The reactions were overwhelmingly positive as the masses voiced support for the duo for sticking to what they believed in despite being in the minority.

Fair play to them for not getting caught in the moment and forgetting their religious beliefs. Well done to every single member of that squad no matter what race or religion

I love those who don't compromise on their principles for other's sake.

New Zealand recorded their second successive defeat in a Cricket World Cup final following their loss against England, In 2015, New Zealand were defeated by Australia in the final of the showpiece event.