WATCH: On this day in 2002, India won NatWest series in a nail-biting final as Sourav Ganguly waived shirt in Lord's balcony

Ganguly's shirt waiving was triggered by Andrew Flintoff who waved his jersey after winning an ODI for England at Wankhede Sadium few months prior to Natwest final. 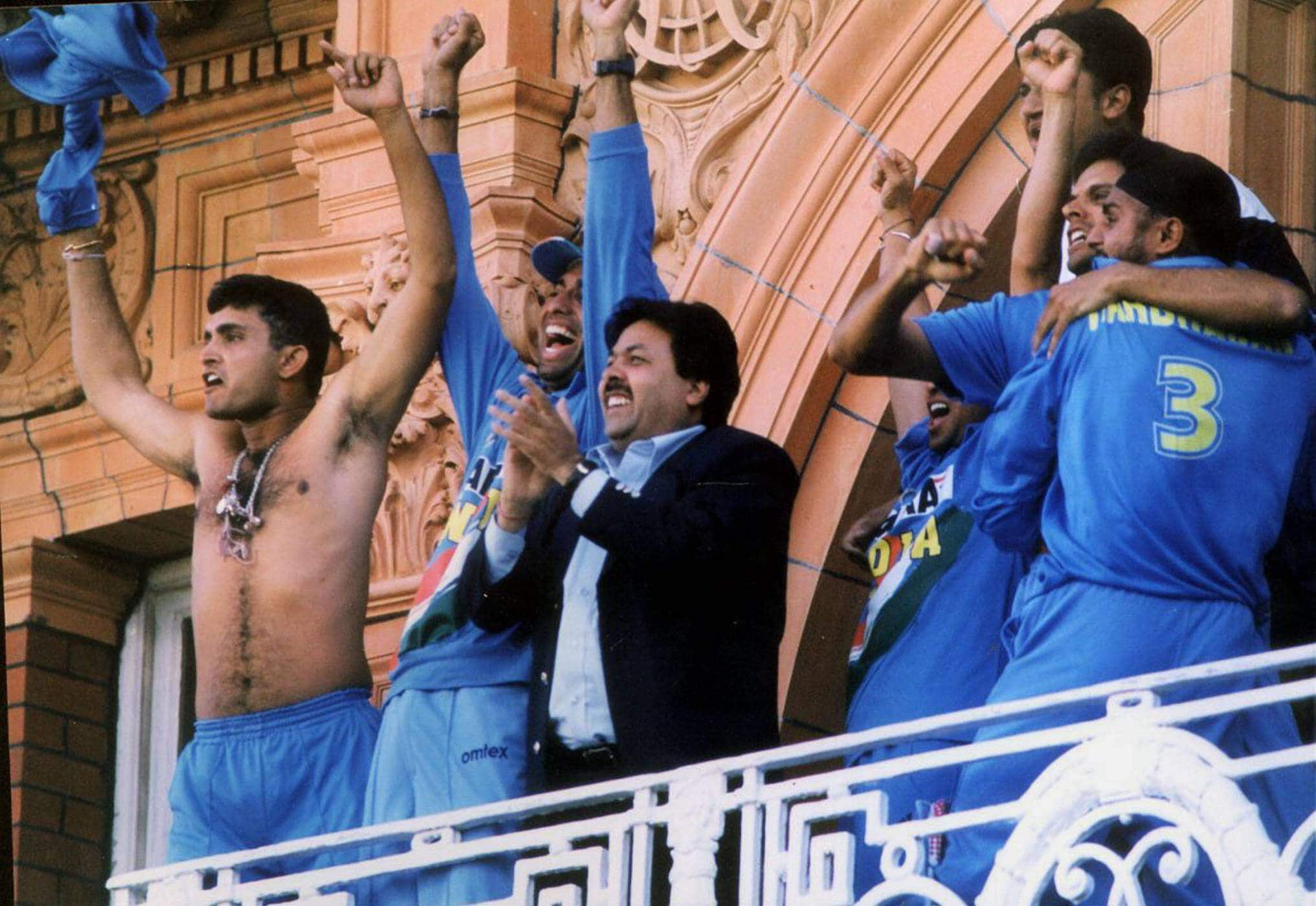 New Delhi: There would hardly be a memory as fascinating as one of India's most successful captains, Sourav Ganguly, waiving his shirt at the 'Home of Cricket' Lord's Cricket Ground after clinching a victory at the nail-biting NatWest series final.

As we celebrate the 15th anniversary of one of the most eventful days in the history of Indian cricket, here's a look at the moment when Zaheer Khan notched up winning runs for India, making Ganguly take off his shirt in celebratory fashion in the Lord's balcony.

Ganguly's shirt waiving was triggered by Andrew Flintoff, who waved his jersey after winning an ODI for England at Wankhede Sadium few months prior to NatWest final.

After conceding 325 runs, India were given a flying start by openers Virender Sehwag (45 off 49) and Sourav Ganguly (69 off 63). However, team lost wickets in quick successions to find themselves struggling at 146-5.

The loss of Ganguly, Sehwag, Dinesh Mongia, Rahul Dravid and Sachin Tendulkar in a span of 40 runs found Yuvraj Singh and Mohammed Kaif in the middle, and the duo stitched a 121-run stand to help India get their hands on the trophy