West Indies opener Chris Gayle survived twin reviews in an over while playing against Australia in the ICC World Cup 2019. 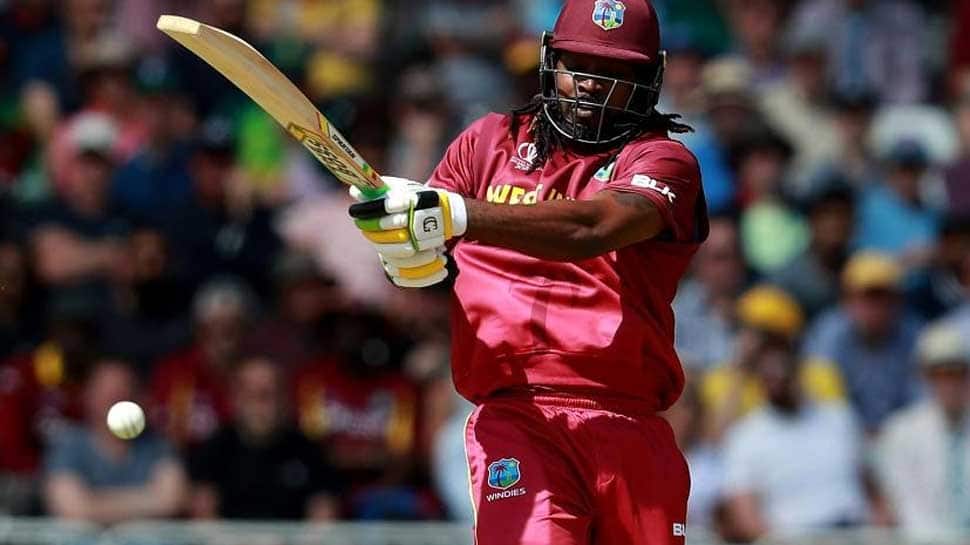 LONDON: West Indies opener Chris Gayle on Thursday survived twice after he was given out by the match umpire Chris Gaffaney while chasing the target of 288 set by Australia in the tenth match of the ICC Cricket World Cup 2019 at the Trent Bridge.

In the third over of the match, a delivery from Mitchell Starc to Gayle caught him completely off guard and went straight into the hands of wicket-keeper Alex Carey. Australia thought they had Gayle caught behind off Starc, but the Windies opener had it overturned on review.

The review by the third umpire Marais Erasmus showed Gayle missing a full-length delivery from Starc which passed the stumps making some noise. The ball appeared to have shaved off stump. However, it did not dislodge the bails though.

Incredibly, Gayle survived as the third umpire ruled 'Not Out.'

Just two deliveries later, a yorker from Starc hit Gayles on the toes. He was given out again - this time lbw. But Gayle challenged filed Umpire Chris Gaffaney's judgement and called for a review.

In the review, the ball appeared to be tailing in and hit him on the front pad ricocheting to the back foot. The initial impact showed it was tailing down the leg. The ball-tracking showed the impact was outside leg stump and continued to go down.

However, Starc struck again. In the fifth over, a 86 mph delivery from Starc hit him low on the shin in front of middle. After waiting for 12 seconds while chatting with Hope, Gayle again called for a review.

Ball-tracking confirmed that it was clipping leg-stump on umpire's call. Gayle was given lbw b Starc 21 (17b 4x4 0x6).

Earlier, West Indies skipper Jason Holder won the toss against Australia and asked them to bat first at Trent Bridge on Thursday. Windies made one change while Australia went into the match unchanged.

ICC World Cup 2019, Australia vs West Indies: As it happened