In the first Women's T20 Challenge match of the season, Velocity pipped Supenovas in a low-scoring thriller at Sharjah. Velocity chased down Supernovas sub-par total of 126/8 on the penultimate ball of the game. 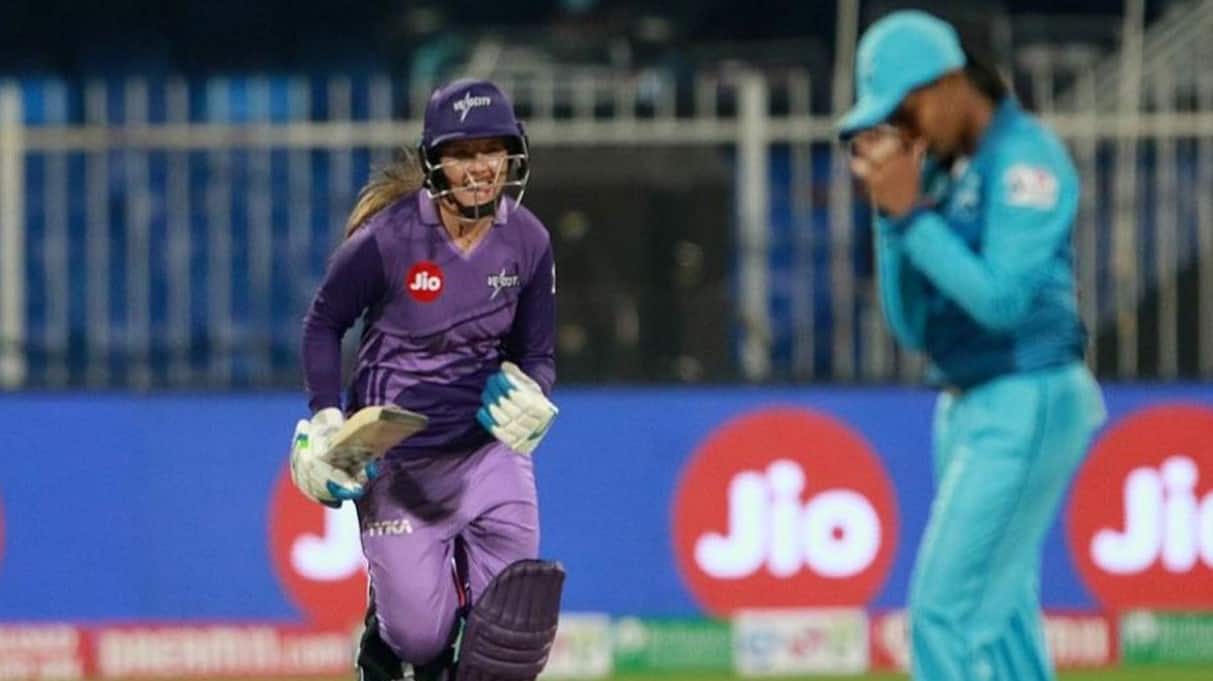 In the first match of this season’s Women’s T20 Challenge, Mithali Raj’s Velocity pipped Supernovas by 5 wickets in a low-scoring thriller on Wednesday (November 4) at the Sharjah Cricket Stadium.

Velocity won the toss and opted to field first in this maiden encounter of the season. Supernovas got off to a steady start Priya Punia and Chamari Atapatu stitching a 30-run opening stand but Velocity made a fine comeback, taking two quick wickets in the form of Punia and Jemimah Rodriguez.

The Supernovas skipper Harmanpreet Kaur and Atapatu joined forces engaging in a fine 47-run stand – where they shifted gears and took the reins of the game.  The partnership was finally broken in the 14th over by Scottish off-spinner Leigh Kasperak, who removed the Lankan, Atapatu for 44 (off 39 balls).

After the skipper Harmanpreet’s dismissal in the 17th over, Supernovas lost their way and a quick spurt of wicket at the death ensured that Velocity restricted Supernovas to just 126/8. Ekta Bisht was the pick of the bowlers for Velocity, returning with figures of 4-0-22-3.

Chasing a sub-par 127 to win, Velocity got off to the worst possible start as the seasoned Dani Wyatt was sent back for naught  in the first over by Proteas pacer Ayabonga Khaka. Shafali Verma scored a quickfire 17 (off 11 balls) before Khaka removed her too in her second over.

Indian women’s cricket talisman Mithali Raj stuttered and failed to get going, managing a dismal 7 off 19 balls before being dismissed by all-rounder Siriwardene, With Velocity struggling at 38-3 in 8 overs, Veda Krishnamurthy (29 off 28 balls) and Sushma Verma (34 off 33 balls) joined forces. The two mounted a fine comeback, and did well to rotate the strike, keeping the run-rate in check.

After Krishnamurthy’s dismissal in the 13th over, South African all-rounder Sune Luus (37 off 21 balls) and Verma knitted a game saving 51-run stand for the fifth wicket. Verma departed in the 19th over but Luus managed to do just enough, taking the side home by scoring two fours in the final over.

Luus was awarded the player of the match award for her rapid-fire knock at a crucial juncture.