India are currently placed at the second position in the World Cup 2019 points table, having won six out of the eight matches they have played so far in the ongoing marquee event. 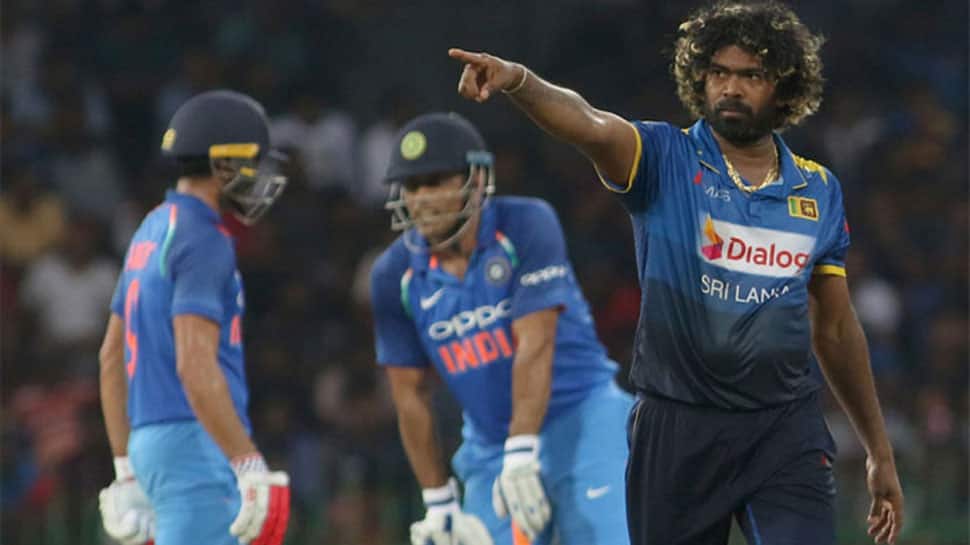 The Virat Kohli-led India, who have already booked their place in the semi-finals of the 2019 International Cricket Council (ICC) World Cup, will look to end their group stage on a high note when they take on Sri Lanka in a dead-rubber clash of the tournament at Headingley Carnegie in Leeds on Saturday.

India are currently placed at the second position in the World Cup 2019 points table, having won six out of the eight matches they have played so far in the ongoing marquee event. Meanwhile, the Men in Blue's clash against Kane Williamson's New Zealand was abandoned without a ball being bowled due to incessant rain.

Heading into the match against Sri Lanka, India will look to continue their winning momentum and make a top-place finish in the group stage.

The Dimuth Karunaratne-led side, on the other hand, are already out of the contention of making it to the knockout stage of the quadrennial event after having won just three out of the eight matches so far. Sri Lanka, who are placed at the sixth spot in the points table, will look to end their campaign on a positive note with a win over the Men in Blue.

As per records, India hold an edge over Sri Lanka in One-Day Internationals (ODIs). Out of 158 times the two sides have faced each other in ODIs, India have emerged out victorious in 90 games while Sri Lanka have won on 56 occasions.

While 11 of those meetings between Sri Lanka and India didn't fetch any result, one match between the two sides resulted in a draw.

Let us take a look at some of India's ODI records against Sri Lanka:

# India registered their highest total against Sri Lanka during the five-match ODI series between the two sides in December 2009. Riding on Virender Sehwag's 146-run knock and decent contributions by Sachin Tendulkar (69) and Mahendra Singh Dhoni (72) help the Men in Blue post a mammoth total of 414 for seven in their stipulated 50 overs during their first ODI.

# On October 29, 2000, India posted their lowest-ever total in an ODI match against Sri Lanka when the latter put up a total of 299 for five after opting to bat first and the Men in Blue were bowled out for 54 in 26.3 overs. Robin Singh was the highest scorer for India with just 11 runs as Sri Lanka won the match by a huge margin of 245 runs.

# Legendary cricketer Sachin Tendulkar currently leads the list of most runs by a player in India-Sri Lanka ODI fixtures. The former Indian opener has amassed a total of 3,113 runs in 80 innings he played against Sri Lanka.

# Indian opener Rohit Sharma holds the record of the highest individual score by a player in a game between the two sides. On November 13, 2014, Sharma smashed a blistering knock of 264 off 173 balls during his side's fourth ODI against Sri Lanka to help India post a mammoth total of 404 and to eventually help them emerge out victorious by a margin of 153 runs.

# Legendary Sri Lankan bowler Muttiah Muralitharan holds the record of most wickets taken by a player from the two sides. Muralitharan has taken a total of 74 wickets in 63 matches he played against India at an average of 31.78.

# Muralitharan also recorded the best bowling figures in an India-Sri Lanka ODI match with his figures of seven for 30 during a Champions Trophy match on October 27, 2000.