A book lasts very long if it has a strong central character: Ruskin Bond

The octogenarian author, who came out with his first book at the age of 17, grew up reading Agatha Christie and other detective stories. 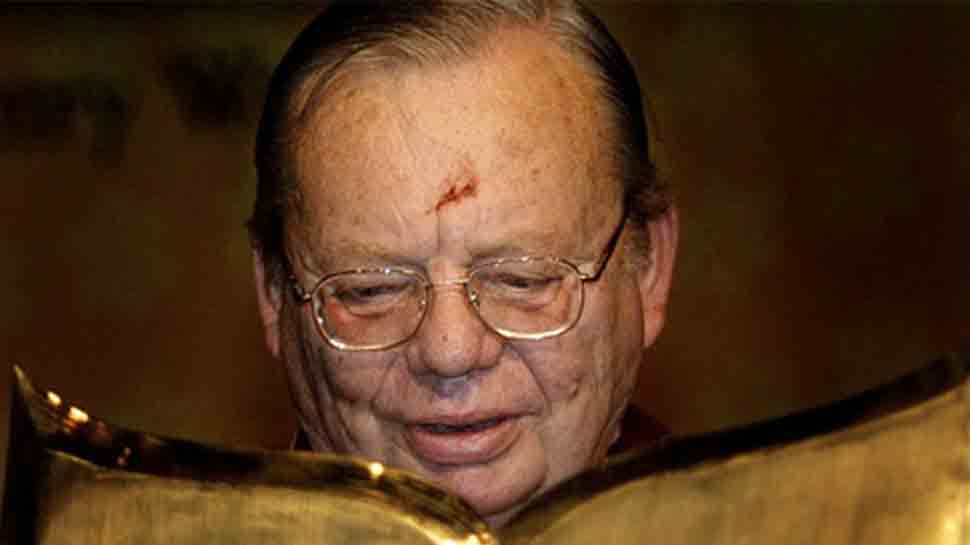 New Delhi: Master storyteller Ruskin Bond, a connoisseur of the literary genre of mystery, on Saturday said writing can only be timeless if the character resonates well with the readers and the style is simple.

"I think a book lasts a very long time if it has a very strong central character which is repeated again and again in subsequent books," Bond said during a discussion on Agatha Christie at the Tata Steel Kolkata Literary Meet 2019.

He argued that Christie`s creation Hercule Poirot was eccentric, larger than life and memorable. `Mrs Marple` is also very entertaining.

The octogenarian author, who came out with his first book at the age of 17, grew up reading Agatha Christie and other detective stories.

"She leads you on without creating the sort of suspense that you get in a horror film or a modern mystery. You would want to keep going on because it is like a maze," he said.

Recalling Christie`s first novel, that he came across, Bond said he was introduced to "The Queen of Crime" at the age of 10 and the first book that he read was `One, Two, Buckle My Shoe`.

Talking about the charm of Christie`s timeless books, the Indian author of British descent said, "Partly it is her skill in creating a plot. Her characters are also very strong and memorable and also her style which has not dated".

The author of `Death under the Deodar` said that he likes to keep reading those books where he doesn`t remember the denouement`.

Asked about the reason for Christie being read widely, Bond said: "She had a very simple, direct and lucid style of English writing".

Talking about his ghost stories, Bond said that he doesn`t believe in them, but has encountered `voices and friendly ghosts` in his Mussoorie residence.

Some of Bond`s works are being adapted as a series of online episodes by ZEE5 Original titled Parchhayee - Ghost stories by Ruskin Bond`. The series will be streaming from February 14.

"My stories are very short. So it needs filling out and adaptation. I am sure it has been done very well," Bond said while confessing that he is not aware of these digital platforms.

Republic Day 2019: These Bollywood films will reignite the patriotic fervour in you