Bihu 2020: Date, rituals and significance of the festival

Magh Bihu marks the end of the harvesting season. It usually falls around the same time as Makar Sankranti, Pongal and Uttarayan. 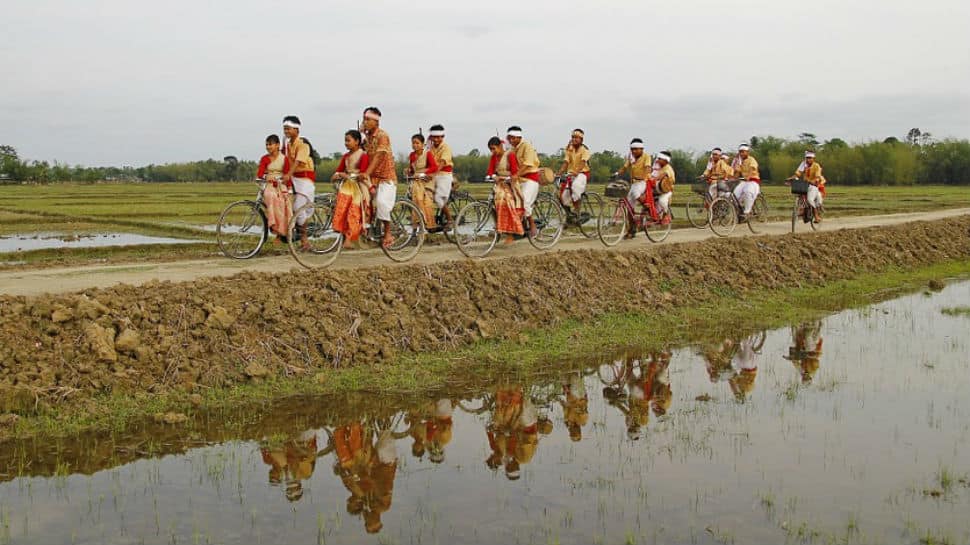 New Delhi: Bihu is a harvest festival celebrated thrice a year in Assam. Rongali or Bohag Bihu is observed in April, Kongali or Kati Bihu in October and Bhogali or Magh Bihu in January. Bohag Bihu is also known as the Assamese New Year and is the most important of the three. The Magh Bihu, which falls on Thursday (January 16), is a harvest festival, too, celebrated with family feasts.

A night before the Magh Bihu, 'Uruka' is observed. During this time, men go to the fields, build a makeshift cottage - 'Bhelaghor' - with the hay of the harvest fields and the bonfire (Meji). Dishes, preferably made of rice, are prepared. Food is prepared there and everyone eats together after exchanging sweets and best wishes. People sing Bihu songs, beat dhols, pray for a good harvest in the coming season.

The next day, people gather around the meji, throw rice cakes (pittha) and other food items and burn it. After offering prayers, people have breakfast and play sports like dhoop khel, egg-fight and buffalo-fight.

Magh Bihu marks the end of the harvesting season. It usually falls around the same time as Makar Sankranti, Pongal and Uttarayan - all harvest festivals.

Wish you and your family a very happy Bihu!