Traditionally, Buddha Purnima is a holiday in Mahayana Buddhism commemorating the birth of Prince Siddhartha Gautama, later the Gautama Buddha—founder of Buddhism. 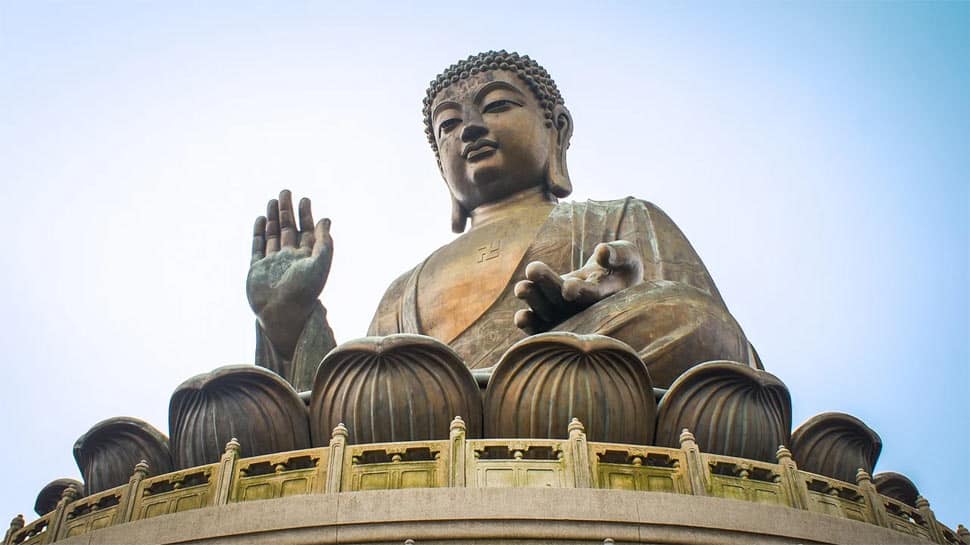 New Delhi: The auspicious occasion of Buddha Purnima or Buddha Jayanti is being celebrated this year on May 26. The day marks the birthday of Lord Buddha. Traditionally, it's a holiday in Mahayana Buddhism commemorating the birth of Prince Siddhartha Gautama, later the Gautama Buddha—founder of Buddhism.

Today, we thought of sharing the Purnima timings (tithi) and Buddhist chanting mantra which brings peace and mental stability:

The birthday of Lord Buddha is widely celebrated across the globe and followers begin preparation, days in advance. Before denouncing worldly pleasures, the Lord was known as Prince Siddhartha Gautama, who later transformed into Gautama Buddha and founded Buddhism as a path leading to the spiritual enlightenment of the soul.

It is said that as per Theravada Tripitaka scriptures, Prince Gautama was born in Lumbini which is now known as modern-day Nepal, around 563 BCE. He was later raised in Kapilavastu.

"Namu Myōhō Renge Kyō" is chanted within all forms of Nichiren Buddhism as well as Tendai Buddhism. It is the Lotus Sutra that helps in attaining mental peace and people believe it cures them of all problems.

In Buddhism, the chanting of mantras sets the mind into the state of meditation. The common Theravada chants are usually based on Pali Canon, Mahayana and Vajrayana chants.

There are various chanting mantras in Buddhism, the most common happens to be from the Nichiren Buddhism which is chanting of the five characters of Namu Myōhō Renge Kyō, meaning a tribute to the true dharma of the Lotus Sutra. This comes under the Mahayana Sutra chants.

Mahayana Sutra unfolds Shakyamuni's real self as a Buddha who attained enlightenment years back.