She is the mother of Skanda, who is Lord Kartikeya—the god of wars, as per some beliefs. 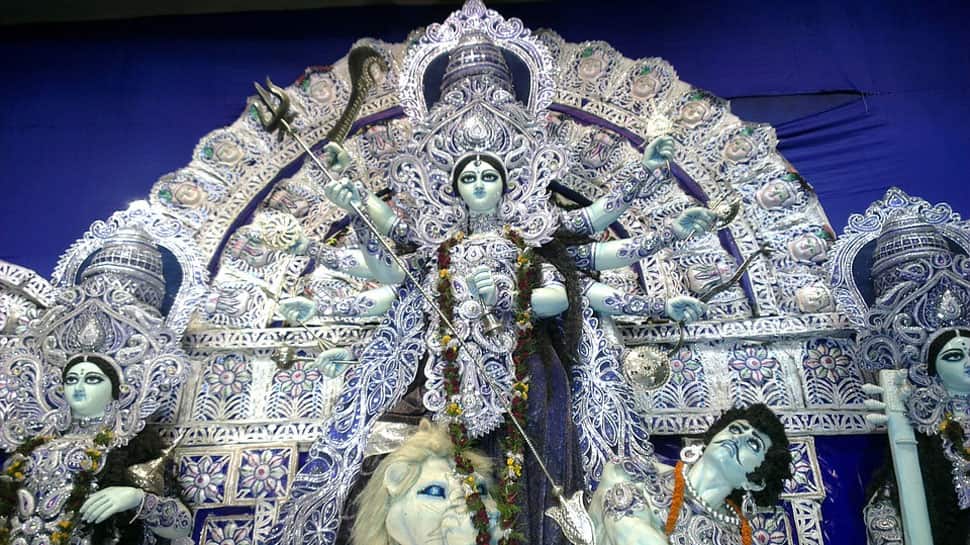 New Delhi: The nine-days of festivity during Navratri is on and devotees can be seen fully immersed in Devi bhakti. On each day of the festival, a different form of Maa Durga is worshipped. On the fifth day, Devi Skandamata is prayed to.

She is the mother of Skanda, who is Lord Kartikeya—the god of wars, as per some beliefs. In this form of Durga, skanda i.e Lord Kartikeya can be seen comfortably seated on Mata's lap. Therefore, she is known by the name Skandamata.

The goddess has four arms and lion is her vehicle. She can be seen holding two lotus flowers and one of her hands is always in the blessing posture. She holds Lord Kartikeya in her lap with the other hand. Goddess Skandamata is also known as the Padmasana which stands for the lotus-seated.

Devotees pray to the goddess for seeking salvation, prosperity and power. Her power is such that she can impart knowledge and wisdom to the most illiterate person, if he worships her. Whoever prays to her selflessly feels a purity of heart.

While praying to her and seeking her blessings, a devotee automatically gets to worship Lord Skanda—Kartikeya. He too blesses the person, who prays to Skandamata with no a pure heart and mind.

Skandamata is also known as 'Goddess of Fire' and praying to her ultimately opens the door to salvation.

Chant these simple mantras of Skandamata:

Daily Horoscope: Find out what the stars have in store for you today — April 10, 2019