On the second day of Navratri, Maa Brahmacharini is worshipped. 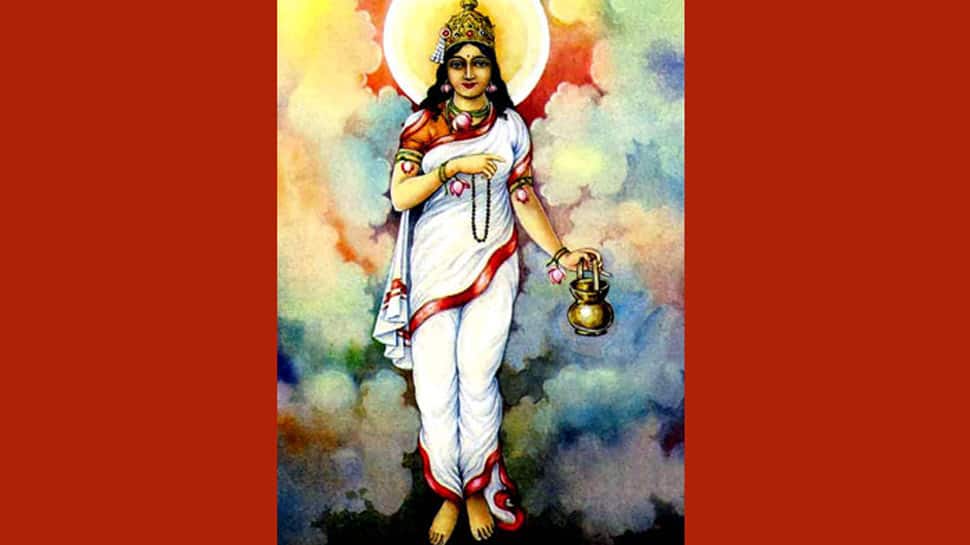 New Delhi: The Chaitra Navratri has begun from March 25 and will last till April 2 on Ram Navami respectively. The nine-day long festivity has gripped the nation and devotees are immersed in welcoming goddess Durga with open arms. The goddess is worshipped during these nine days in various forms. There are four types of Navratris in the year, out of which only widely celebrated - the Chaitra (spring) and Shardiya Navratri (autumn). The other two are Ashada and Magha Gupt Navratri.

According to the Gregorian calendar, the Chaitra Navratri festival takes place in the months of March-April each year.

On the second day of Navratri, Maa Brahmacharini is worshipped. She is Sati - the daughter of Daksha Prajapati, who later marries Lord Shiva. However, as Brahmacharini, she is worshipped in the unmarried form.

Maa Brahmacharini is depicted as walking bare feet, carrying a Japa Mala (rosary) in her right hand and a Kamandalu in her left hand respectively. Her governing planet is Mars (Mangal), the controller of fortunes, therefore her devotees pray to her on the second day of Navratri, seeking her blessings for peace and blessings for peace, virtue and prosperity.

You can chant these mantras of Maa Brahmacharini: