The festival of Chaitra Navratri will begin from April 6 this year and will last until April 14. 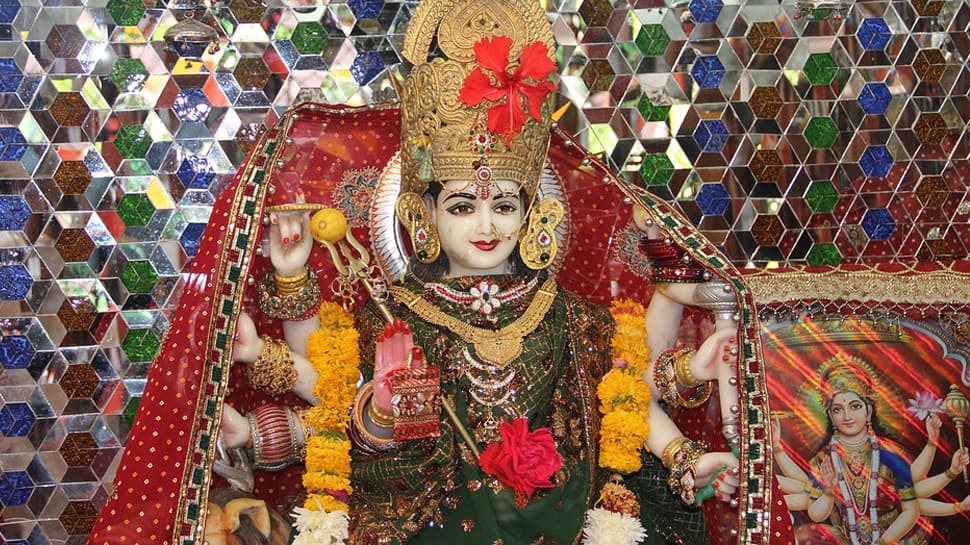 The festival of Navratri knocking on our doors and people have begun preparations to worship the mighty ten-armed Goddess Durga. Known as the destroyer of evil and the mother of all beings, Maa Durga is worshipped extensively during the festival of Navratri that spreads over a period of nine days. It is known that Goddess Durga was created as an amalgamation of the powers of Brahma, Vishnu and Maheshwar to defeat Mahisasur- the water buffalo demon. The festival of Chaitra Navratri will begin from April 6 this year and will last until April 14.

During this auspicious time, here is a look at the nine forms of Maa Durga:

This form is the first one among the nine forms of the goddess and Shailputri is worshipped as the absolute form of Mother Nature. Shailputri, in Sanskrit means 'daughter of the mountains'. During the festival of Navratri, the goddess is portrayed with a half-moon on her forehead, a trident in her right hand along with a lotus in her left hand. She is seen as riding on the back of a bull in this avatar.

Brahmacharini, the unmarried form of the Goddess is worshipped on the second day of Navratri and is mostly known as the personification of love and loyalty. The ‘charming’ form of Durga, the idol of Brahmacharini is presented to her worshipers with a Kamandalu in her left hand and rosary in her right hand.

On the third day of Navratri, goddess Chandraghanta is worshipped. Adorned with a bell shaped like a crescent moon in her hand, this form of Maa Durga is responsible for establishing justice and dharma in the world.

On the fourth day of Navratri, devotees worship the Kushmanda form of Maa Durga. This form is believed to be the one that eliminates darkness from the world with her smile. Each idol of goddess Durga in this form is therefore carved with a smile on her face.

The goddess is portrayed with having four arms and three eyes. She is presented as sitting on a lotus and is worshipped on the fifth day of Navratri. This form of the goddess is always accompanied by an infant form of Lord Skanda.

The sixth day of Navratri is dedicated to Katyayani form of goddess Durga. This incarnation of goddess Durga is the epitome of love and anger and the idols having this form are portrayed as having four arms and three eyes and are mounted on a lion.

Diametrically opposite to Kalratri, this form of the goddess Durga is intelligent, peaceful and calm. The ‘extremely white’ goddess is depicted in idols as such and is shown as wearing white clothes, mounted on a bull. Maha Gauri is worshipped on the eighth day of Navratri.

Chaitra Navratri 2019: Chant these mantras dedicated to each of the nine forms of Durga