Mahavir Jayanti 2020: Here are some interesting facts about the festival

Mahavir Jayanti is celebrated to mark the birth of Lord Mahavir - the founder of Jainism. 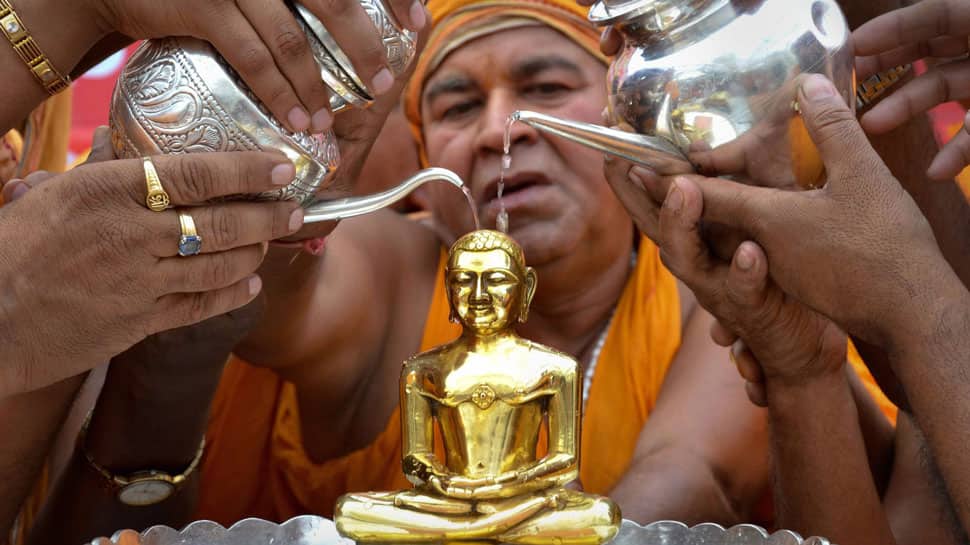 New Delhi: Mahavir Jayanti is the most important festival in the Jain community. It also is known as Mahavir Janma Kalyanak. The auspicious festival is celebrated to mark the birth of Lord Mahavir - the founder of Jainism. This year, Mahavir Jayanti falls on Monday (April 6).

Mahavir was the 24th and last Jain Tirthankara who established core tenets of Jainism. According to Jain scriptures and religious texts, Lord Mahavir was born on the 13th day of the bright half of the moon in the month of Chaitra in the year 599 BCE (Chaitra Sud 13).

Here are some interesting facts about Mahavir Jayanti:

It marks the birth of Lord Mahavir. He is said to be the twenty-fourth and the last Tirthankara (Teaching God). He was also called Vardhamāna.

As a son to King Siddartha and Queen Trishala, Mahavir was born at Kundalagrama in Bihar. He spent 12 years of his life as an ascetic after abandoning everything at the age of 30.

It is said that Mahavir, had exemplary control over his senses, and attained nirvana at 72. Then, he preached spiritual freedom for the rest of his life.

Mahavir Jayanti often witnesses huge procession by the followers of Lord Mahavir. Prayers are offered on his name and Mahavir's teachings are recited on this day.

Mahavir Jayanti is celebrated every year on the 8th day of the holy period of “Paryushana”.

Mahavir Jayanti is celebrated with full fervour across India. Processions are carried out at various places. Devotees take part in bhajan, kirtan offered in his name. However, this year the celebrations are marred due to the coronavirus outbreak and the festival is restricted to homes as the temples are closed.