Thrissur Pooram 2020: Date, legend and significance of the festival

This year Thrissur Pooram festivity is scheduled for May 3. It is a 36 hours long festivity where a large number of devotees and spectators gather to witness the temple festival. However, this year it is not happening. 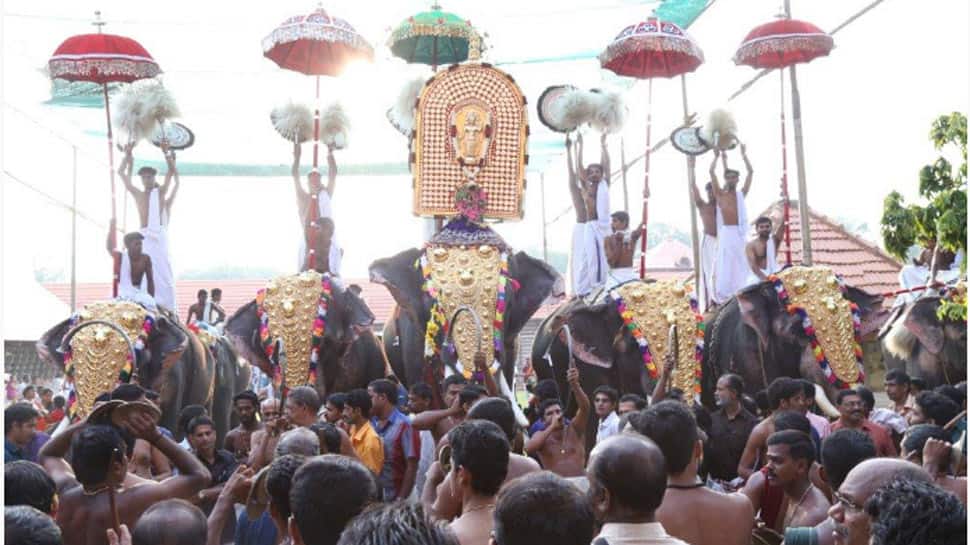 New Delhi: One of the most important and biggest temple festivals in Kerala, Thrissur Pooram witnesses a huge flow of devotees taking part in the Pooram festivities. However, this year, due to the deadly novel coronavirus outbreak, the festivity has been cancelled to avoid any further spread of the virus.

The nationwide lockdown has been extended till May 17, 2020.

This year Thrissur Pooram festivity is scheduled for May 3. It is a 36 hours long festivity where a large number of devotees and spectators gather to witness the temple festival. However, this year it is not happening.

According to Malayalam Calendar, Pooram is the day when the moon rises with the Pooram star in the month of Medam. On this day, Thechikottukavu Ramachandran named elephant opens the gates of the Vadakkunnathan temple in Kerala and the rituals begin. A huge procession of tuskers decorated beautifully remains the highlight of the traditional Hindu festival in the state.

The Maharaja of Cochin, Sakthan Thampuran, also known as Raja Rama Varma is associated with the celebration of Thrissur Pooram festival. Much before the grand celebrations at Thrissur temple, the largest temple festival in Kerala was mainly a one-day festival held at Aarattupuzha known as Arattupuzha Pooram.

However, many believe that once it so happened that due to incessant rains, the participating temples of the city of Thrissur were late for the Arattupuzha Pooram and eventually denied access to the Pooram procession. The temples which were denied entry informed about the incident to their Maharaja who in turn started the grand Thrissur Pooram festival.

The festivities begin early morning and continue the next day as well. Devotees visit the temple and seek the blessings of the Lord.