The ruling AAP is currently running a campaign in support of its demand for granting full statehood to Delhi in run up to the Lok Sabha elections. 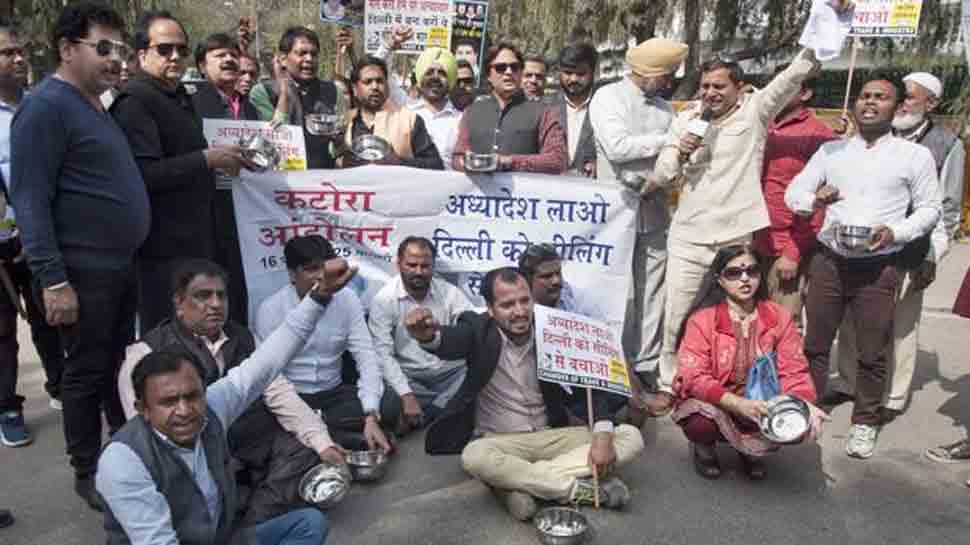 New Delhi: AAP's Lok Sabha candidate Brajesh Goyal Thursday said neither the BJP nor the central government can shrug off its responsibility for carrying out the sealing drive in Delhi in 2017 and asserted that the saffron party was solely responsible for the sufferings of traders in the city.

Rebutting claims of Union minister Hardeep Singh Puri, who on Wednesday said the Centre and the civic bodies had nothing to do with the sealing drive as it was done on the instructions of a
Supreme Court appointed panel, he said if the government had the intention, they could have brought ordinance to stop the drive.

Goyal, who is contesting from New Delhi constituency, said that the BJP -which is both at the Centre and in MCDs- was solely responsible for the sealing of over 20,000 properties in the capital because of which small businessmen are suffering.

Goyal, who is also the convenor of AAP's trade and industry wing in Delhi, said that the statement of Puri has hurt the sentiments of traders and industrialists and they have decided to teach BJP a lesson this time by not voting it to power.

De-sealing properties and putting a stop on the drive is one of the agendas of the Aam Aadmi Party (AAP) which has promised traders and shop owners in its manifesto that all sealed shops will be opened once it comes to power.

Criticising Puri, Goyal told reporters, "He made a statement that the Centre and the BJP have nothing to do with sealing. Neither the BJP nor the central government can shrug off its responsibility of carrying out the sealing drive.

"The BJP, central government and Hardeep Puri are wholly and solely responsible for it. If the government had the intention, they could have brought ordinance to stop the sealing drive."
He said he has personally met Puri with other traders and the minister had promised to resolve the issue of sealing in a week but he did not do anything.

"If traders' demands were properly explained to the Supreme Court by the government's Attorney General, then the decision would have been in their favour. "Puri's statement has hurt the sentiments of businessmen and traders and they have decided to teach BJP a lesson in the Lok Sabha elections," he said.

Puri had on Wednesday alleged that the AAP is seeking votes from Delhiites by spreading "lies" on several issues and asserted that a party which does not have the expertise of running an administration nor dedication towards works, is resorting to lies.

Puri had also tweeted a purported campaign pamphlet of AAP's east Delhi candidate Atishi and said a bunch of lies has been prepared by her.

In the pamphlet, the party promises regularisation of unauthorised colonies once the national capital gets full statehood and also promises to stop the sealing drive in the city.

Every citizen knows that the sealing drive had been carried out following the direction of the Supreme Court-appointed Bhure Lal committee, and neither the Centre nor any civic body had anything to do with it, Puri had said in a series of tweets in Hindi.

AAP's East Delhi candidate Atishi had also hit back, saying even children in Delhi know that if the minister wanted, he could have stopped sealing in Delhi within two minutes by bringing in an ordinance but he did not want to do it.

The ruling AAP is currently running a campaign in support of its demand for granting full statehood to Delhi in run up to the Lok Sabha elections.

The Lok Sabha polls being conducted in seven phases will begin on April 11 and continue till May 19. Delhi will vote on May 12 and the overall results will be declared on May 23.