Heavy fog on Monday continues to disrupt train services in the national capital. 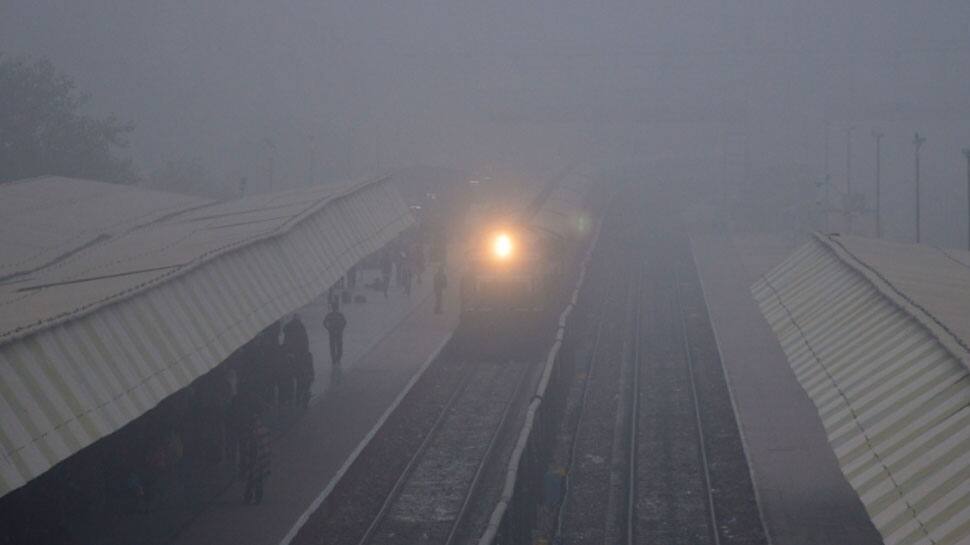 As many as 68 trains were delayed and 19 others were cancelled due to fog condition and low visibility.

In addition, 21 trains were also rescheduled.

Cold waves have been sweeping parts of north India. Punjab and Haryana have been reeling under intense cold wave and high-altitude areas of Jammu region are also experiencing snowfall over the past few days.

Kashmir is currently under the grip of 'Chillai-Kalan', the 40-day harshest winter period in Kashmir when the chances of snowfall are maximum and the temperature drops considerably.

In high-altitude areas of the Himachal Pradesh, the mercury stayed between minus 15 and minus 22 degrees Celsius on Saturday while lakes, springs and rivulets were frozen.

Uttar Pradesh too witnessed dense to very dense fog at many places on Saturday as cold waves swept some parts of the state, with Fursatganj in Rae Bareli recording the lowest minimum temperature of 2.6 degrees Celsius.

Cold wave conditions also prevailed in northern parts of Rajasthan on Saturday with Sriganganagar being the coldest recorded place at 1.9 degrees Celsius while dense to very dense fog occurred at isolated parts of the state.