Several airlines tweeted about a possible delay stating that passengers are advised to check the flight status. 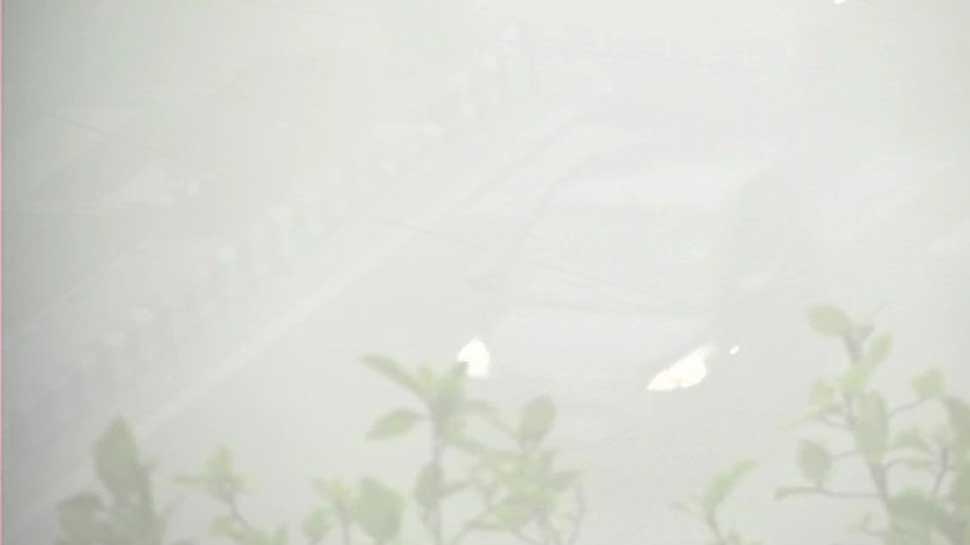 A heavy blanket of fog engulfed Delhi-NCR on Monday morning with almost zero visibility reported from several areas. At least 27 trains were raining late on Monday and several flights were put on hold due to low visibility.

Several airlines tweeted about a possible delay stating that passengers are advised to check the flight status. "Due to expected bad weather during morning hours at Delhi (DEL), Varanasi (VNS), Patna (PAT). Srinagar (SXR), Pakyong (PYG), Tuticorin (TCR), Pondicherry (PNY), Jabalpur (JLR), Bhopal (BHO), Shirdi (SAG), Jaisalmer (JSA) & Dharamshala (DHM). All departures/arrivals and their consequential flights might get affected. The passengers are requested to keep a check on their flight status via http://spicejet.com," SpiceJet had tweeted on Sunday night.

Vistara too had alerted with a similar warning. "Heavy fog expected (Monday, February 4 2019) in Delhi. Arrivals/departures to and from Delhi may be impacted," the airline had tweeted on Sunday night.

Driving through the foggy lanes, several people took o Twitter to share their woes. The limited visibility can be seen in pictures and videos shared by commuters.

Look at the fog! Those who are travelling on #DelhiJaipurHighway Ride safely guys. Use hazard light. #Delhi #Jaipur #Mumbai #NH8 pic.twitter.com/08afbpTUUC

What the fog !! _#DelhiAirport pic.twitter.com/9frLLsJ2Jf

The Met Department has also predicted rain and dense fog for the week in several parts of Punjab and Haryana. Rainfall was predicted over both states from February 6 to 8 and heavy rainfall is expected on February 7.