The Air India flights from Mumbai-Delhi (AI-687) and Kolkata-Delhi (AI-701) have been diverted to Jaipur. The flights from Delhi-Ahmedabad (AI-013), Delhi-Bhubaneswar (AI-473) and Delhi-Bahrain AI 939 have been held up at the Delhi airport. 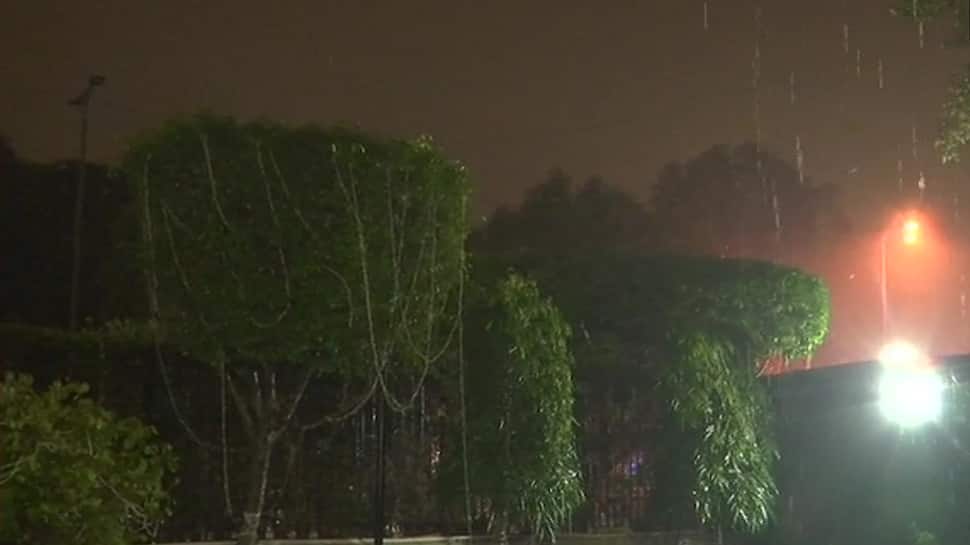 The national capital late on Thursday evening witnessed heavy rains and strong wind. The rains along with cool breeze and thunderstorm in several parts of Delhi is likely to bring much-needed respite to Delhiites from the air quality index (AQI) plunging to severe level owing to a layer of cloud and pollutants.

However, the rains led to congestion at the Delhi Airport and some flight operations have been impacted. Several flights were either diverted or held up at the Indira Gandhi International (IGI) Airport. The Air India flights from Mumbai-Delhi (AI-687) and Kolkata-Delhi (AI-701) have been diverted to Jaipur. The flights from Delhi-Ahmedabad (AI-013), Delhi-Bhubaneswar (AI-473) and Delhi-Bahrain AI 939 have been held up at the Delhi airport.

Under the influence of a western disturbance, rain lashes various parts of Delhi-NCR including Hauz Khas, Lodhi Road, RK Puram, Paharganj, Rohini. The minimum and maximum temperature are expected to be around 12.8 degrees Celsius and a high of 21.5 degrees Celsius, the Met said.

With this, Delhi is witnessing a drop in temperature and reduction in toxic level presence in the air, bringing partial relief for Delhites. Delhi`s air quality turned to the `severe` category on Thursday with the overall air quality index (AQI) recorded at 407 at 4 pm. The AQI in the neighbouring areas of Delhi was also high with Ghaziabad Noida and Greater Noida and Faridabad at 470, 422 and 398 respectively, according to System of Air Quality and Weather Forecasting (SAFAR).

Twitterati shared several pictures of downpour in Delhi. While some hope for good air quality, a few seem worried about traffic caused by rains in the national capital. "Can you imagine tomorrow`s traffic conditions after the first winter rainfall? #DelhiRains #Rain #Delhi #TrafficAlert," a Twitterati wrote.

Thunderstorm with hail may occur in Delhi on Friday. According to the weather department, the chilly wind will continue in the national capital due to heavy snowfall at various places in the Himalayan region.