The temple, which was vandalised during the tension in the area, will be renovated from Tuesday and new idols will be installed. 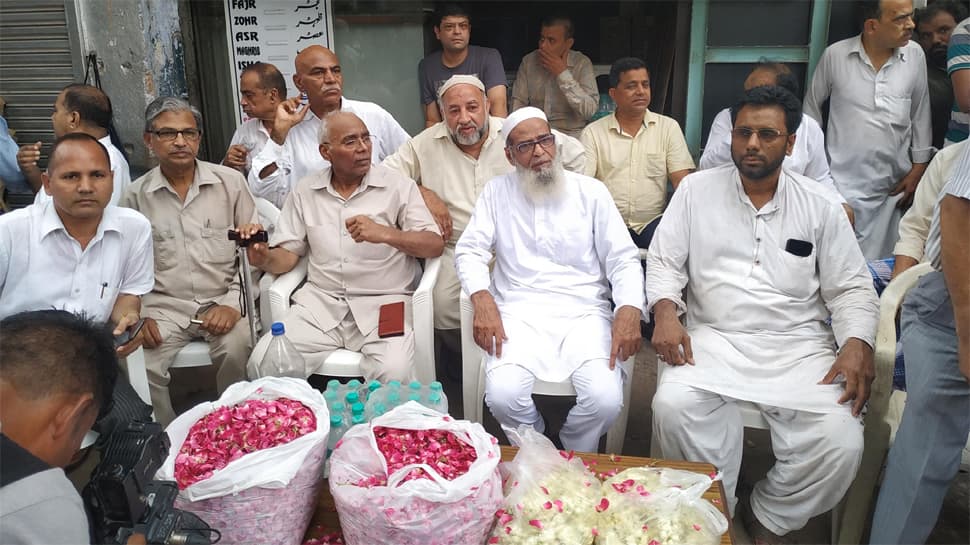 The Vishwa Hindu Parishad will on Tuesday hold a Shobha Yatra in Delhi's Hauz Khasi area where communal tensions were observed a few days ago. Giving a message of peace and brotherhood, Muslim residents of the area have gathered to welcome the members who are taking part in the procession. The images emerging from the place show Muslim leaders sitting with rose petal and water bottles to greet the VHP members.

The temple, which was vandalised during the tension in the area, will be renovated from Tuesday and new idols will be installed. The Durga Mandir Street Committee has also organised a public feast in the area from 12 noon to 6 pm after the idols are placed.

Security which had been in place in the area since June 30 when some tensions broke out, have been beefed up ahead of the yatra.

Following the incident, Union Home Minister Amit Shah had summoned the Delhi Police Commissioner and asked him to ensure law and order in the area.

Seven men have been arrested while eight juveniles have been apprehended in connection with the vandalisation of the temple. Three FIRs have been lodged in the incident. Police said that more arrests are likely as search is underway for other suspects.