The decision was taken after members of the bank association on Monday met the Finance Secretary and were assured of a positive solution on their demands. 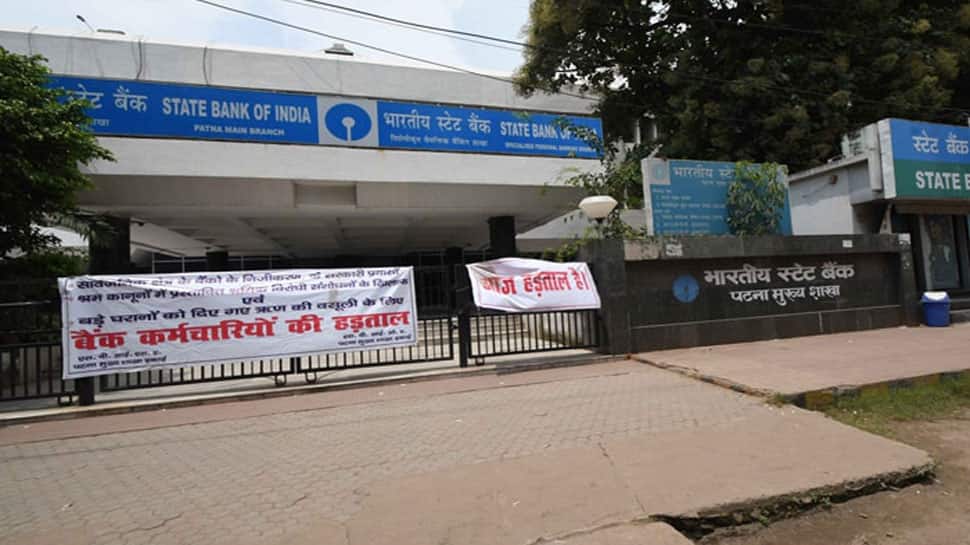 New Delhi: The proposed two-day bank strike, called by four bank unions following the recent government announcement on amalgamation of 10 public sector banks into four, has been called off.

The decision was taken after members of the bank association on Monday met the Finance Secretary and were assured of a positive solution on their demands. 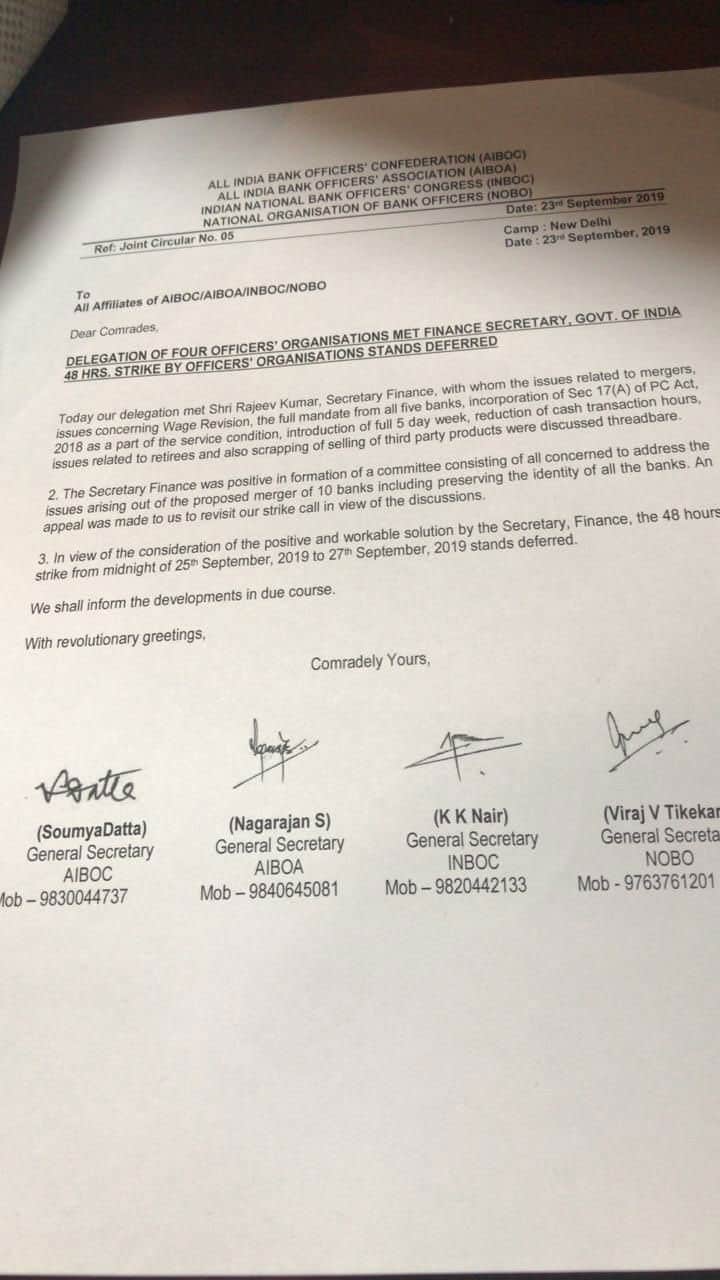 The banking unions have threatened to go on a strike following to protest against the merger. In a statement, the AIBOC said that the unions in the banking sector were opposed to the merger of banks. The officials asserted that the organization is protesting for the interest of the general public.

Among other demands, the unions are also seeking the immediate introduction of five-day a week in full and reduction of cash transaction hour and regulated working hours.

The Finance Minister further said that the Bank of India and Central Bank of India would remain independent. After the amalgamation, only 12 PSBs will be left in India from the 27 earlier.

Want to update your address in Aadhaar? UIDAI lists out 44 supporting documents for it