Das said the RBI saw an imminent slowdown in growth early in 2019 and used the space that was opened up by the moderation in inflation to cut interest rates on five consecutive occasions. 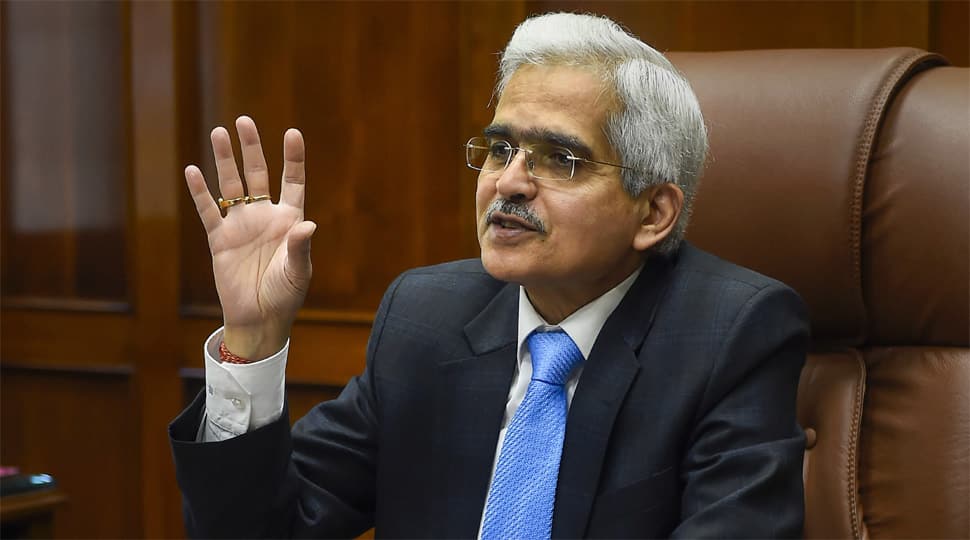 New Delhi: Reserve Bank Governor Shaktikanta Das on Monday (February 17) said the government will have to use structural reforms to revive demand and support the sagging economy, and green shoots of the recovery visible now need to be sustained to pull India out of its worst slowdown in 11 years.

In an interview with PTI, he said the fallout of the outbreak of coronavirus in China needs to be closely monitored by "every policymaker" to tailor a swift response.

While Finance Minister Nirmala Sitharaman's Budget for 2020-21 and recent steps have created a facilitating eco-system for reviving demand and consumption, it is necessary to undertake land and labour reforms, bring efficiencies in Agri marketing and focus on skill development, he said.

Das said the RBI saw an imminent slowdown in growth early in 2019 and used the space that was opened up by the moderation in inflation to cut interest rates on five consecutive occasions.

He cited global trade and business uncertainties together with sluggish domestic demand leading to lower capacity utilisation at factories and twin balance sheet crisis of rising non-performing assets (NPAs) or bad loans on the one hand, and heavily indebted corporates on the other, for the slowdown in the economy

He refused to say if the growth slowing down to 4.5 per cent in July-September was the bottom of the pit that the economy can see.

He said, "As I have said there are evidences of positive developments. But we have to see how durable are these positive developments before we pass a judgment that from here on it is an upward trajectory. By and large, if you look at our projection which we have given, things should start improving in the next financial year. For the next financial year, we have projected 6 per cent of GDP growth against 5 per cent for the fiscal that ends in March."

The GDP growth in October-December is expected to drop below its previous quarter rate of 4.5 per cent despite a slight recovery in industrial production and positive manufacturing PMI.

Das, a career bureaucrat who was appointed RBI governor after the sudden exit of Urjit Patel, said he would refrain from characterising current slowdown as structural or cyclical.

He said, "My response to such questions is that the response to the current situation has to be both countercyclical as well as structural that I have said earlier also. So, there is a need for counter-cyclical responses, which I think the Budget has attempted to respond through counter-cyclical measures."

"There are structural aspects also which needs to be undertaken. Some of these things have been mentioned in the budget. So, we look forward to more such structural changes," he added.

While Sitharaman thinks the slowdown is cyclical, others such as former finance minister P Chidambaram believes it is structural arising from the way the Modi government has handled the economy.

Structural reforms, Das said, should be in "agricultural marketing to make the supply chain and the value chain" more efficient.

Also, the APMC Act, which gives states unbridled powers, needs to be significantly amended. "Then there is scope for land and labour reforms," he said.

"There has to be a focus on skill development and improving labour productivity, which will arise from labour reforms. Measures have been taken but these processes need to be continued. Recent years have been full of uncertainties. Uncertainties emanating mainly from global factors together with certain domestic factors," he said adding Britain exiting from the European Union and trade tension between the US and China created a lot of global uncertainties.

"As early as February last year we saw that the growth momentum was sort of slowing down. That is why Monetary Policy Committee started cutting the interest rates and we cut in for five consecutive times till October and in December when we saw some signs of inflation picking up, we took a pause and again in February we have taken a pause," he said.

On the impact of coronavirus on growth, he said the outbreak is bigger than the previous similar problem of SARS in 2003. Also, China is a bigger economy with a larger share in the global economy, it slowing down will have an impact around the globe, he said.

"The Chief of IMF has already voiced her concern about the impact of coronavirus at the global level. So, therefore, every major economy today will have to be very careful and closely monitoring it," he said.

"So far as India is concerned, China is an important trading partner and policymakers both in government and the monetary authority that is a reserve bank, we are very watchful of the developments that are taking place."

He said India's economic boom nearly two decades back was led by growth of the IT sector, expansion in telecom and massive investment in infrastructure led by the Golden Quadrilateral highways project.

Sunrise sectors today are a technology which will generate a lot of economic activity and employment, he said, adding the Budget has rightly focused on the creation of the National Infrastructure Pipeline of Rs 103 lakh crore of projects which will create jobs and boost economic activity.

Wholesale inflation up at 3.1 per cent in Jan on high prices of manufactured goods