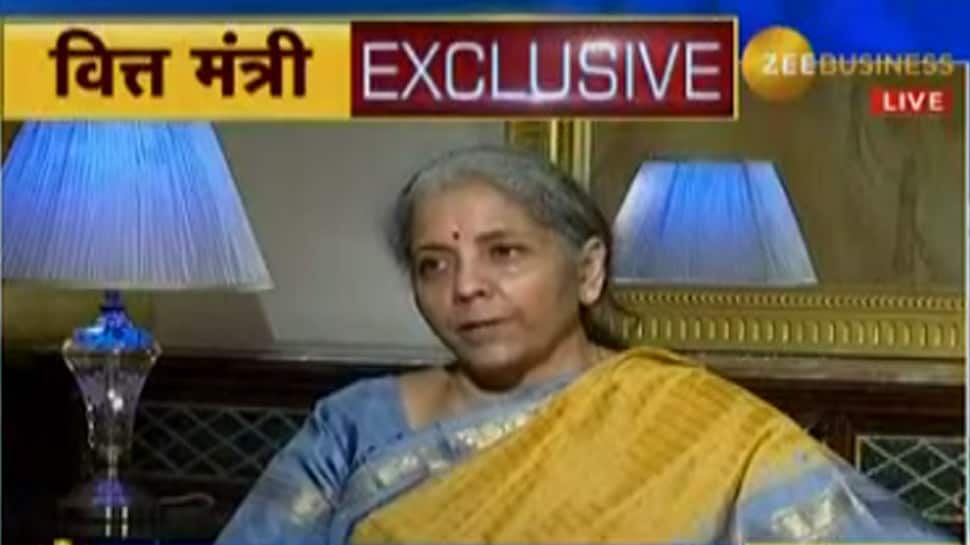 Union Finance Minister Nirmala Sitharaman on Monday spoke on Union Budget 2021 with Zee Business. Earlier, Sitharaman also proposed a sharp increase in expenditure on infrastructure, doubling of healthcare spending and raising of the cap on foreign investment in insurance in her Budget for the next fiscal in a bid to pull the economy out of the trough.

The Budget made no changes in personal or corporate tax rates but raised customs duties on certain auto parts, mobile phone components and solar panels in order to provide impetus to domestic manufacturing.

* The Centre didn't want to increase taxation. We wanted to make sure that the facilitation at this point, the large scale cost to be incurred by the government will increase demand for the small as well as large businesses. It will further lead to employment and money will come in the hands of the people. The people who want to improve their businesses we wanted to give them a helping hand by public expenditure, says Finance Minister Nirmala Sitharaman.

* The problems due to coronavirus has been pushed away by the Union Budget 2021, says Finance Minister Nirmala Sitharaman

* In the textile industry there is scope for jobs: Finance Minister Nirmala Sitharaman

Interest on employee contributions to PF above THIS amount now taxable; check details