She will address media on "Furthering Development -- 100 days of bold initiatives, decisive actions of the government" at 2pm. 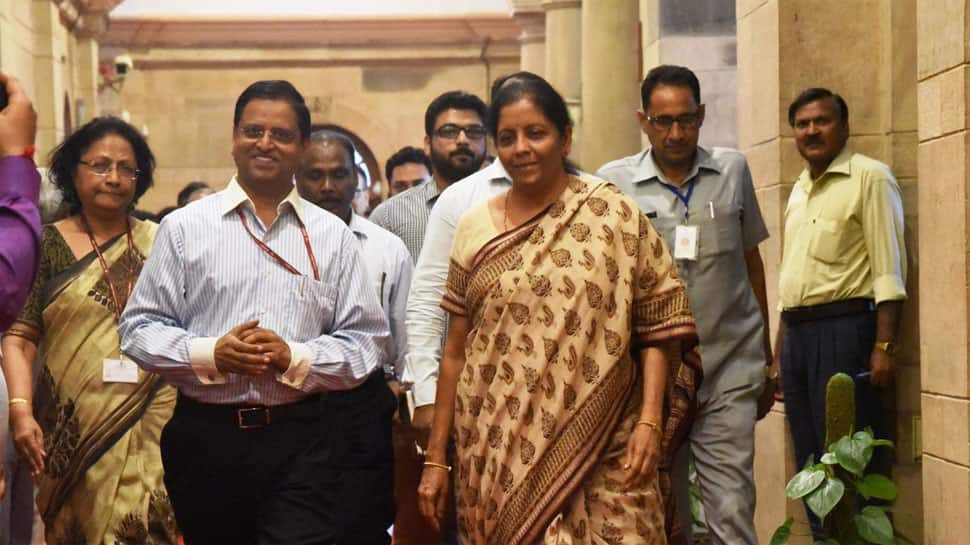 New Delhi: Finance Minister Nirmala Sitharaman will address the media on Tuesday to list out the decisions and initiatives taken by the Modi 2.0 government on the first 100 days in office.

She will address media on "Furthering Development -- 100 days of bold initiatives, decisive actions of the government" at 2pm.

This will be Sitharaman's third address to the press after presentation of the Union Budget. Her press conference comes at a time when the economic is passing through a phase of slowdown with Q1 GDP growth falling to a six-year low of 5 percent and auto sales showing dismal figures.

Sitharaman in her previous two press conferences had announced withdrawal of enhanced surcharge on Foreign Portfolio Investments (FPIs), that was revealed during presentation of Union Budget 2019.

In the following address to media she announced the merger of 10 Public Sector Banks (PSBs) into four entities.

He stressed that biggest decision taken in last 100 days was the abrogation of Article 370,35A and formation of Union Territory of Jammu & Kashmir and Ladakh.

Among other decisions taken by Modi 2.0 were changes in Income Tax and GST; steps taken on corruption; farmers compensation; ban on Triple Talaq and many more.