GDP growth at 3-year low: What really caused the slowdown in Indian economy

With companies still grappling with new tax rules, business surveys are pointing to more pain ahead. Services and manufacturing activity contracted at their fastest rate in years in July, the month that the GST was launched. 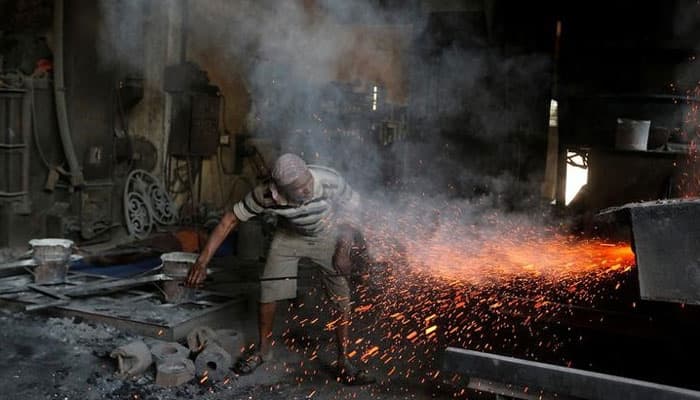 It was a marked slowdown from a 6.1 percent growth in the January-March period and was far worse than the median forecast for a 6.6 percent in a Reuters poll. It was in line with the poll`s lowest estimate.

Although growth was already slowing, Modi's decision last November to scrap high-value old banknotes -- a bid to flush out the money Indians hide from tax officials -- wiped out about 86 percent of currency in circulation virtually overnight.

While his drive to unearth unaccounted wealth did not deliver the desired result, it hurt consumer demand in an economy where most people are paid in -- and buy what they need with -- cash.

Since then, an improvement in high frequency indicators such as sales of two-wheel vehicles, oil consumption, cargo traffic and rail freight raised hopes that the impact of the cash clampdown had bottomed out.

The GDP data belied those hopes. Confusion ahead of the launch of a new goods and services tax (GST) also seems to have dampened economic activity.

"The numbers seem to suggest that the slowdown from last the quarter has intensified due to the combination of long-term slowdown and temporary shock factors like demonetisation and GST," said Abheek Barua, chief economist with HDFC in New Delhi.

"We have to revise our GDP outlook numbers for the full year."

A draw-down in inventories in the lead up to the tax change dragged down the manufacturing sector, which slowed to 1.2 percent in the June quarter from a 10.7 percent growth last year.

With companies still grappling with new tax rules, business surveys are pointing to more pain ahead. Services and manufacturing activity contracted at their fastest rate in years in July, the month that the GST was launched.

After Thursday`s disappointing figures, economists are looking to review their full-year growth estimates.

"These trends will prompt a downward revision," said Radhika Rao, an economist at DBS Bank in Singapore.

However, in a silver lining for Asia`s third-largest economy, the services sector gathered steam, posting a growth of 8.7 percent in the latest quarter, up from 7.2 percent in the previous three months.

Capital investment also rebounded from a 2.1 percent contraction in the March quarter.