When the Modi government first came to power in 2014, it had termed the crackdown on the black money, including those allegedly parked in Swiss banks, as a key focus area. 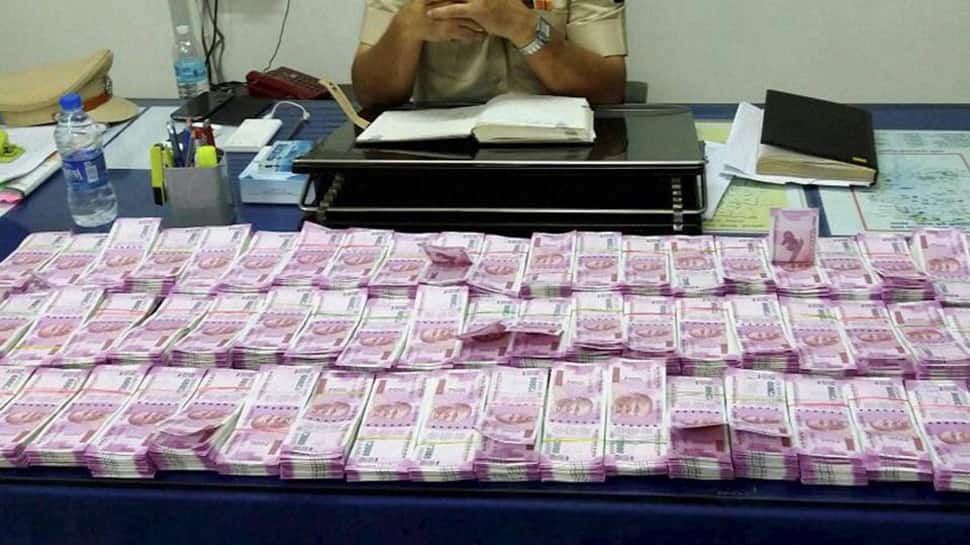 Berne/New Delhi: Swiss authorities are in process of sharing details of at least 50 Indian nationals having accounts in Switzerland-based banks, with regulatory and enforcement agencies in the two countries tightening their noose on individuals suspected to have amassed illicit wealth.

These individuals largely include businessmen associated with companies, including the dummy ones, in sectors ranging from real estate, financial services, technology and telecom to paints, home decoration, textiles, engineering goods, gems, and jewellery. Officials involved in the process of mutual administrative assistance between the two countries said.

Switzerland has been striving hard for the past few years to shed a long-standing perception of it being a safe haven for black money, while the issue has been a politically sensitive one in India as well.

When the Modi government first came to power in 2014, it had termed the crackdown on the black money, including those allegedly parked in Swiss banks, as a key focus area. Since then, the two countries have strengthened their framework for the exchange of information in cases of financial wrongdoings, including by signing the global automatic exchange of information framework.

The two countries have also strengthened their bilateral pact on this front and the economic considerations for boosting the bilateral economic ties have further helped increase the cooperation when it comes to bringing to book the people with dubious records, especially in amassing illicit wealth.

Citing the federal gazette notifications issued by the Swiss government to the concerned individuals, the officials said at least 50 Indian nationals have been issued notices in the past few weeks giving them one final opportunity to appeal against proposed sharing of their details with the Indian authorities.

Some of these notices have followed after the preliminary appeals by the concerned clients of Swiss banks have already been rejected due to inadequate supporting facts and documents, leaving a limited chance of their further pleas getting heard, officials said.

They said the sharing of details of Indian clients of Swiss banks with dubious records, showing suspected illegalities in amassing of funds deposited there, has been a continuing process in the recent months.

While details of more than 100 Indians nationals have been shared in the past one year by the Swiss government with the Indian authorities, there is a high chance that a large majority of the cases currently under scrutiny would result in the administrative assistance being provided in the coming months, officials said.

Under the Swiss laws, foreign clients of Swiss banks are given an opportunity to appeal against proposed sharing of their details within 30 days (only 10 days in some cases) after a country with a mutual assistance treaty, or party to the multilateral information exchange framework, seeks the details while giving sufficient proof of suspected financial wrongdoings.

While the Swiss government federal gazette notifications are made public when a foreign client is given an appeal opportunity, in some cases their full names are redacted due to some secrecy clauses and only a few details such as their initials, date of birth and the nationality are made public.

An analysis of such weekly notifications issued since the beginning of this year shows that Indian nationals have figured among these notices virtually every week, though full names have been redacted in a majority of the cases.

Several of these persons and their companies are said to be based in Kolkata, Gujarat, Bengaluru, Delhi and Mumbai.

While a large number of Indians have been issued notices in recent weeks with Switzerland stepping up its process to share details of such individuals, many more such notices are in the offing in coming weeks as India has sought details about a large number of Indian clients of Swiss banks who are suspected to have indulged in illicit financial activities.

These include people whose names figured in the HSBC and Panama lists, as also those being probed by the Income Tax Department and the Enforcement Directorate among other agencies.

While Switzerland has always denied being a safe haven for black money, it has begun sharing details in recent years with several countries including India after submission of evidence about financial and tax-related wrongdoings of the Swiss bank clients.

Besides, a new global framework of automatic information exchange is now in place, which Switzerland's State Secretariat for International Finance (SIF) believes will increase transparency and prevent cross-border tax evasion.