US sanctions on Iran from first week of November could hit supplies to India but Energy Minister Khalid al-Falih calls Saudi Arabia a 'shock absorber.' 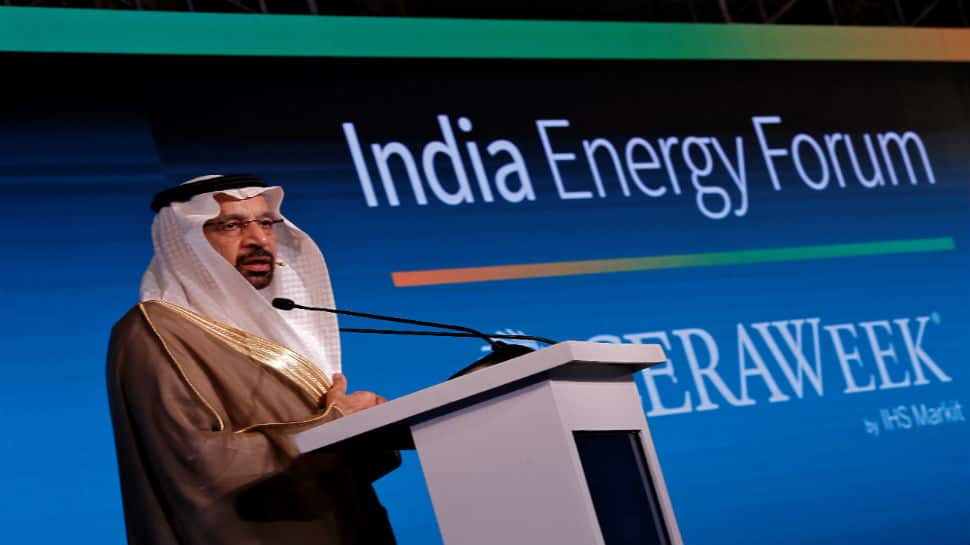 India, the world's third-biggest oil importer, is grappling with a combination of rising oil prices and falling local currency. Retail prices for gasoline and diesel fuel in India are at record highs and the government has cut its excise tax on fuel to ease some of the pain for consumers.

While there are many factors that could influence global oil prices, Saudi Arabia and other major producers will continue to act to cushion the market from oil price shocks, Falih said at the IHS CERA conference.

"We have invested tens of billions of dollars to build spare capacity of 2-3 million barrels per day over years," he added.
Saudi Arabia has the capacity to produce 12 million bpd and is currently producing 10.7 million bpd, Falih said, adding that production will rise further next month.

Falih said oil prices would "easily be at the three digit range had it not been for the extra effort the kingdom has done over many years by investing in capacity and then unleashing that capacity, delivering barrels over last few months, reversing inventory draw down."

Prices hit a four-year high of $86.74 a barrel earlier this month as the market grapples with the expected loss of Iranian exports due to US sanctions.

"Saudi Aramco's desire is to invest in consumer-facing segments such as retail fuels and petrochemicals, building an integrated downstream business in India as well as our commitment to invest in strategic storage," Falih said.