Trade war impact: US factory sector in deepest slump in more than 10 years

The manufacturing sector had been under pressure for much of the second half of 2019, as tit-for-tat tariffs by the United States and China slowed the flow of goods between the world`s two largest economies and contributed to a cooling in the pace of global economic growth. 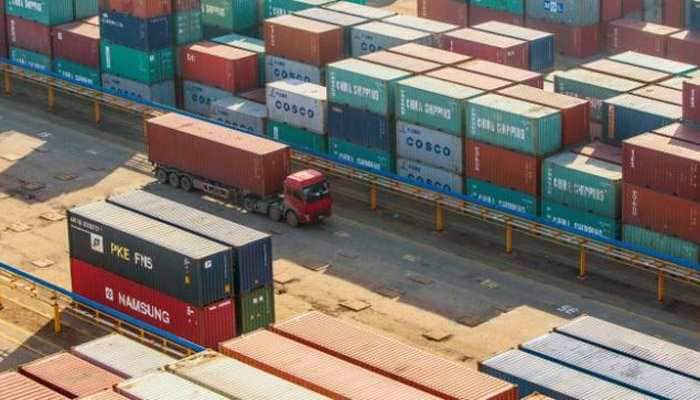 Delhi: The US manufacturing sector fell into its deepest slump in more than a decade in December as the US-China trade war kept a lid on factory output, orders and employment, although the long-awaited Phase 1 deal between Washington and Beijing could limit further downside.

The Institute for Supply Management (ISM) said its index of national factory activity fell to 47.2 last month from 48.1 in November. It was the lowest reading since June 2009 and, coupled with readings for both new orders and factory employment at multi-year lows, thwarted expectations for a leveling off in the pace of decline in a sector buffeted by trade tensions.

A reading below 50 indicates the sector is in contraction, and December`s reading marked the fifth straight month below that benchmark level. Economists polled by Reuters had been looking for an increase to 49.0.

The manufacturing sector had been under pressure for much of the second half of 2019, as tit-for-tat tariffs by the United States and China slowed the flow of goods between the world`s two largest economies and contributed to a cooling in the pace of global economic growth.

Last month, the two sides announced they had reached agreement on a Phase 1 deal, and U.S. President Donald Trump this week said the accord would be signed on Jan. 15 in Washington, and talks to cement a wider Phase 2 deal would begin shortly.

"Global trade remains the most significant cross-industry issue, but there are signs that several industry sectors will improve as a result of the Phase 1 trade agreement," Timothy Fiore, chair of ISM`s Manufacturing Business Survey Committee, said in a statement.

In addition to the drag from trade frictions, Boeing Co`s inability to get its 737 Max jetliner back in service may have been a factor, especially in the transportation equipment industry, which was the weakest of the six big industry sectors, according to Fiore. Boeing will cease production of the plane this month until regulators allow it to resume flying in the wake of two crashes, and that could be a headwind in the coming months that may counter improvements arising elsewhere from the trade deal.

While ISM`s overall measure of activity in December was the lowest in more than a decade, Fiore said on balance the contraction remains relatively shallow. "It`s not super low," he said on a conference call. "We`re still in that range of slight contraction to slight expansion."

Typically the index would have to drop below 43 to signal the risk of a wider economic recession. Weakness in the manufacturing sector was one of the concerns that spurred the U.S. Federal Reserve to cut interest rates three times last year, although the central bank appears to be done with lowering borrowing costs for now, with officials like Fed Chair Jerome Powell satisfied the economy is in "a good place."

CONSTRUCTION SPENDING RISES
Overall, the U.S. economy did appear to be in relatively sound condition near the end of 2019, supported by low unemployment and healthy consumer spending, which accounts for roughly 70% of economic activity.

The housing sector also appears to be contributing to the growth picture after a prolonged run as a drag. In a separate report, the Commerce Department said U.S. construction spending rose more than expected in November and builders also spent more in earlier months than previously estimated.

Construction spending increased 0.6% in November, beating analysts` consensus forecast of a 0.3% gain. Data for October and September was revised to show increases in spending, a reversal from previous estimates of contractions in spending during those months.

The gain in November was driven by a 1.9% increase in private home-building, an indication the Fed`s rate cuts last year, which drove mortgage rates lower, were boosting the economy.

Meanwhile, several of the largest U.S. automakers on Friday reported another year of stable sales of pickup trucks, fueled by holiday season discounts and lower interest rates on vehicle loans, even as demand for passenger cars fell further.

Analysts expect overall 2019 vehicle sales to fall by about 1% from 2018, but still finish above 17 million vehicles for the fifth consecutive year.