Modi said the government will continue with the pace of reforms and deregulation. 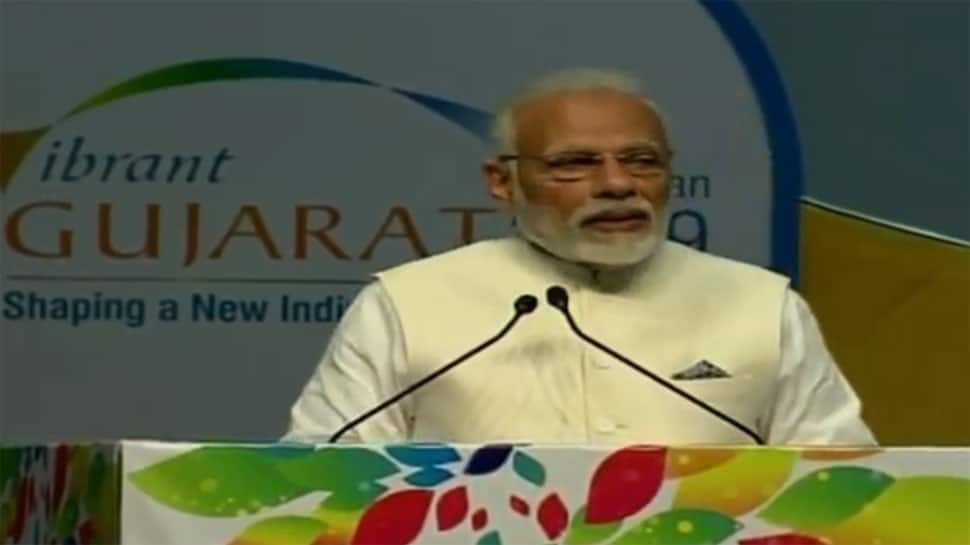 Ahmedabad/New Delhi: Prime Minister Narendra Modi on Friday expressed confidence that the major reform process undertaken by the government will propel Indian economy in the high growth path, exuding confidence that India's rank in the ease of doing biz will jump further.

Addressing investors at the Vibrant Gujarat Summit, Modi said, “India is ready for biz as never before. In the last four years India has jumped 65 places in ease of doing biz. But I am still not satisfied. I have asked my team to work relentlessly so that India can enter top 50 rank in ease of doing business next year”.

India improved its ranking on the World Bank's 'ease of doing business' report for the second straight year in 2018, jumping 23 places to the 77th position on the back of reforms related to insolvency, taxation and other areas. India was ranked 100th in the World Bank's Doing Business report last year.

India was ranked at the 142nd position among 190 nations when the Modi government came to power in 2014. It rose to the 100th spot in the last ranking from 131st rank in the previous year.

Modi said that he wants India's regulation and processes to compete at world level.

“GST implementation and other measures of simplification and consolidation of taxes have reduced transaction of cost. In FDI we are one of the most open countries as most of the sectors are no open for FDI and 90 percent approvals are put on automatic route. Such majors have propelled economy in the high growth path,” Modi added.

We have worked hard to promote manufacturing to create jobs for our youth. Investments through our 'Make in India' initiative, have been well supported by programmes like ‘Digital India’ and ‘Skill India’, Modi said.

He further said that the current government has been able to achieve highest average GDP since 1991.