As the global elite at WEF here debates whether the richest have benefited most from globalisation, Union Minister Nirmala Sitharaman on Wednesday said the world needs to do a "reality check" and asserted that India remains on track to grow its trade and economy faster. 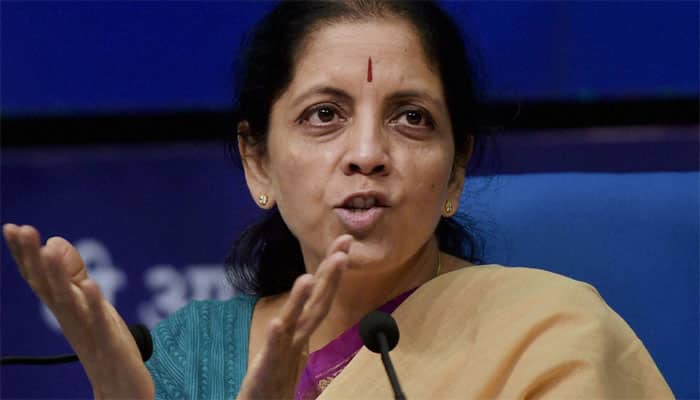 Davos: As the global elite at WEF here debates whether the richest have benefited most from globalisation, Union Minister Nirmala Sitharaman on Wednesday said the world needs to do a "reality check" and asserted that India remains on track to grow its trade and economy faster.

The commerce and industry minister said the debate here at WEF has been about the fate of globalisation and whether capitalism needs to be demonised.

She said the fact is there is discontent, especially in countries where capitalism and democracy co-existed, and probably, this is the time to pause and recalibrate.

The world needs to do the reality check, she said, adding that India is making great success on various fronts, including digitisation.

"Our villages are ready for digital administration and work has been going very fast in the past couple of years," she said.

"We can't afford to be like China," she said while referring to services being a key driver of growth in India.

"Make in India has opened up a lot of opportunities, including in sectors that were not in focus earlier. Today there are states competing to improve ease of doing business," she said.

She also hoped that GST will be rolled out maximum by July this year, saying it would be a game-changer on the taxation front.

The minister was speaking at a breakfast session organised by leading industry chamber CII and Boston Consulting Group (BCG) on the sidelines of WEF Annual Meeting 2017.

The panelists discussed India and emerging markets in the new phase of globalisation, an issue of significant focus here at WEF this year.

CII Director General Chandrajit Banerjee said India and other emerging economies are getting a lot of focus here in Davos and all have seen India championing the cause of globalisation.

BCG India Senior Partner and Director Arindam Bhattacharya said there are a lot of conflicting talks, including those saying globalisation is dying while there are also data about global trade, including through digital platforms, growing significantly.

Bhattacharya, head of BCG Henderson Institute in Asia, said the data also show that emerging markets continue to be growth engines and their share has been going up.

The growth in India, he said, is consumption-led and the projections for coming years remain that the consumption would continue to drive this expansion.

Forbes said everyone assumes that India will grow at least at 7 percent and the aspiration is for growing at 8 percent or 9 percent or even higher.

Referring to Chinese President Xi Jinping's speech on Tuesday, he said India is also very well-placed to drive an all inclusive growth.