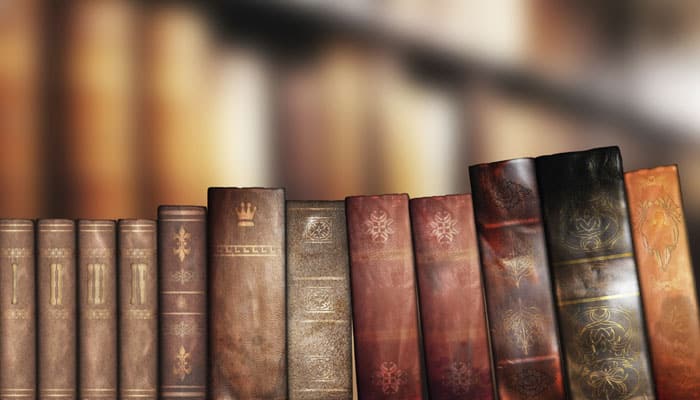 From Snow White to Tarzan, Robin Hood to Alice, Lord Rama to the Pandavas, Ali Baba to Winnie the Pooh, Dorothy (of Oz) to Harry Potter, from works of Shakespeare to Henry David Thoreau, Rudyard Kipling to Bill Bryson and Enid Blyton to Cheryl Strayed, there is one common thread, wholly or partly, to some of our most remembered and favourite literature - forests as a setting for key action.

Earth's dominant terrestrial ecosystem, forests are commonly taken to mean a large area with trees or other woody vegetation though there isn't any common global definition - 800 definitions are available around the world! What is however more acceptable and indisputable is their role in human imagination and culture, be it folklore, fantastic or legendary, and modern literature, whether children or adult. They can represent a place of refuge or menace, of succour or challenge, of restful contemplation or exciting adventure, a metaphor for nature at its most basic and untrammeled by human civilising, and a source of sustenance - or danger.

But best-served are those who take some benefit from their sojourn in the woods. As a Shakespearean character ruminates: "And this our life, exempt from public haunt,/Finds tongues in trees, books in the running brooks,/Sermons in stones, and good in everything."

This was the Senior Duke, perfectly content in his exile in the Forest or Arden in "As You Like It" (Act II, Scene 1) but forests are not always that welcoming and instructive for the Bard's other creations. In "A Midsummer Night's Dream", some unwelcome changes afflict various characters, especially poor Nick Bottom in the forest (though everything gets amicably and amenably solved in the end), while in another, the appearance of the Dunsinane forest (or a branch of it, excuse the pun) before Macbeth's castle spells his doom!

In ancient Hindu epics, Lord Rama and his brother Lakshman first exhibit their mettle by ridding some forests of demons before their eventful exile to the forest, as do the Pandavas who raise their capital after clearing a notorious forest and then spend part of their own exile in forests.

But some of the most memorable and universally-known stories set in the woods - Snow White, Rapunzel, Red Riding Hood, Briar Rose, Hansel and Gretel and many more of brave young princes and fair maidens, both equally unfortunate (till the end) - owe their survival to a pair of brothers in 19th century Germany who specialized in collecting and publishing folklore of their country. Jacob (1785-1863) and Wilhelm Grimm (1786-1859) - or the Brothers Grimm as they came to be known - introduced these tales to generations of avid young readers who found more magic in the no less magic pursuit of reading.

Seven editions of "Kinder und Hausmärchen (Children's and Household Tales)" came out between 1812 and 1857 with stories added and subtracted, till the final edition set the number to 211, of which at least, three-fourths were set in wooded environs.

Alice encounters forests in both Wonderland and the land entered "Through the Looking Glass", while Dorothy finds two of her friends - the Tin Woodman and the Cowardly Lion - in one.

Another beloved childhood story - of honey-loving, teddy bear Winnie-the-Pooh and his friends in the Hundred-Acre Wood - came out in 1926. Continuing the fantasy tradition was British author Enid Blyton with her Faraway Tree series - "The Enchanted Wood" (1939), "The Magic Faraway Tree" (1943), "The Folk of the Faraway Tree" (1946) and "Up the Faraway Tree" (1951). The series today represent the dictates of changing times with the original names of a more innocent generation - Jo, Bessie, Fannie and Dick - now Joe, Beth, Frannie and Rick, while Dame Slap who used physical chastisement on her students now Dame Snap, who just yells at them.

Harry Potter is what is termed an urban fantasy but a major part of his adventures and tribulations take place in the Forbidden Forest next to Hogwarts.

Set in real life but no less fantastic in their own way are the ballad-derived tales of the Lincoln-Green clad English outlaw Robin Hood, who robs the rich to give to the poor, and his Merry Men of Sherwood Forest.

Forests' colonial cousins, the jungles of Africa and Asia, host the likes of John Clayton, Viscount Greystoke or Tarzan, who was raised in the African jungles by great apes and rejected civilization to return to the wild; Mowgli, the wolf-raised, animal-taught child in Central India's jungles and the crime-fighter Phantom or "The Ghost Who Walks". These were the creations of Edgar Rice Burroughs, Rudyard Kipling and Lee Falk and debuted in 1914, 1893-4 and 1936.

In travelogues, two of the best rambles through jungles are American Bryson's "A Walk in the Woods: Rediscovering America on the Appalachian Trail" (1998), and Strayed's "Wild: From Lost to Found on the Pacific Crest Trail" (2012), which take care of both seaboards, have been made into movies and are the best accounts of human's attempts to survive in the wild (or away from city comforts) after acquiring the needed skills.
As environment suffers from a consumerist culture's dictates, these works are all the more important to warn us of what we stand to lose.

Was hesitant to pen book for fear of being judged: Sonali Bendre