'Bajirao Mastani' role a milestone in my career: Priyanka Chopra

Priyanka Chopra counts her role of 'Kashibai' in 'Bajirao Mastani' as one of her career-defining movies. 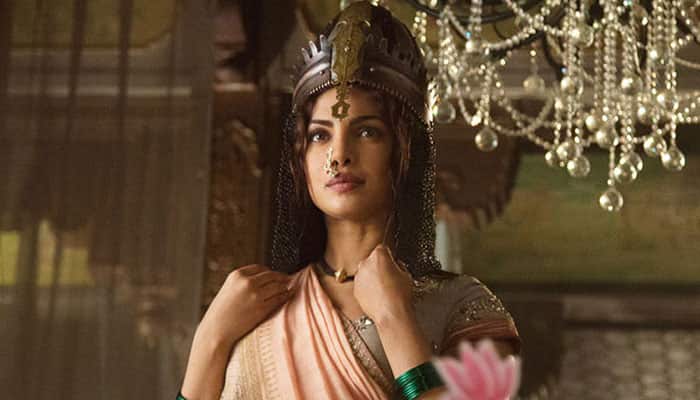 Though a supporting character in the love story of Bajirao and Mastani, Kashibai has got the 33-year-old actress praise from fans, critics and her colleagues. "I did not expect this kind of response for my role of Kashibai. It has become like milestone. My roles in 'Aitraaz','Fashion', 'Mary Kom', 'Barfi' and now Kashibai in 'Bajirao Mastani' will be remembered by people," Priyanka said.

Megastar Amitabh Bachchan sent her a hand-written note, praising her performance in the period drama, which stars Ranveer Singh and Deepika Padukone in lead roles. "We all have got compliments from Mr Bachchan. Whenever he sees best performances he sends hand written note. My mother collects them as she is a huge fan of Mr Bachchan. She can't talk when she stands in front of him," the actress said. "She judges my performances over Mr Bachchan's notes. Over the years it has become a tradition. I told him, 'If you don't send me a letter every time my mother will think I have performed badly'."

The 'Quantico' actress, however, added that she did not want to "harp" on the praise she received from Bachchan. "I don't like taking names. I don't want to harp up on it. It's a personal thing. Besides him, there are lot of people including those who haven't been in touch for long time have praised my work. It's been wonderful to see the unanimous kind of love and adulation that I have got for 'Bajirao Mastani'."

Priyanka's ex-boyfriend Shahid Kapoor was also among the people, who expressed their admiration for the actress' portrayal of Kashibai. Shahid had tweeted, saying, "Priyanka is in top form," to which the actress had replied, "Thank you @shahidkapoor glad you liked the film."

When asked if the "Haider" star called her personally to congratulate on her performance, Priyanka said, "What is out there is out there for you to read. What is not I won't talk about it."