Asterix: The Mansions of the Gods movie review—Comic book recreate

'The Mansions Of The Gods' is the ninth animated Asterix film based on the comic book. 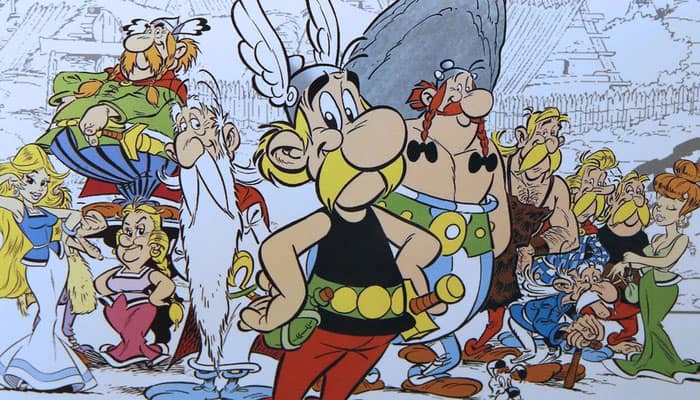 'The Mansions Of The Gods' is the ninth animated Asterix film based on the graphic comic written by Rene Goscinny and illustrated by Albert Uderzo.

For those unfamiliar with this comic book series, the stories follow the exploits of indomitable Gauls based in Britanny, the north western region of France, as they resist Roman occupation.

Our pint-sized hero Asterix (voiced by Roger Carel) and his dim-witted, oversized friend Obelix (voiced by Guillaume Briat) who live in the village, persistently resist these threats with the help of their magic super-powered potion supplied by the village druid, Getafix.

These Gauls have become feared enemies of the mighty Romans, who cringe and whine at the very thought of their presence.

In this edition, Julius Caesar plots to take over the village by building mansions and fancy living quarters in the forest close to where the Gauls live. He designs this plan with the help of his captain Oursenplus and his fickle garrison, his silver-tongued Senator Prospectus and his architect Squareonthehypothenus.

As usual, Asterix and Obelix aren't going to make life easy for the Romans. They find ways to thwart their progress. But once the mansions are built in the forest and Roman civilians migrate to the complex, the plot gets complicated.

The villagers instead of resisting the Romans, adapt to the new tourist economy and eventually succumb to living the high Roman life, till Asterix and Obelix make the Gauls realise their folly.

Directed by Louis Clichy and Alexandre Astier, the storytelling is simple, fluid and punctuated with mild humour. It is genuine and unpretentious, retaining the satirical elements and witty charm of its source material, with colourful characters that certainly know how to deliver their trademark puns and great punch-lines.

The screenplay is well-designed and each character is given his due screen time. The dialogues are pulpy and the voices of ace star cast suit the characters to perfection.

But the script, never reaching a sensational climax or furthering any character arc more than its standard, is quite frankly, all over the place with ellipsis, which can sometimes be very helpful to a film but here it is just lazy and sloppy. Especially in explaining the character traits of Getafix, Fulliautomatix and Cacofonix.

The action sequences are a series of set pieces strung together around a wafer-thin plot and sub-plots, but they are entertaining nevertheless. The slapstick and running gags are well-timed and thought-out, but they are not the most inventive sequences.

Visually the frames are colourful and the animation lively. The characters animated beautifully in 3D are faithfully recreated. You feel that they've leapt straight out of the pages of the comic.

Overall, despite its appeal and lovability, the film misses to add depth and gravitas to a full-on Asterix Adventure.