Warner Bros' 'Batman V Superman: Dawn of Justice' is undoubtedly one of the most anticipated films of the year. 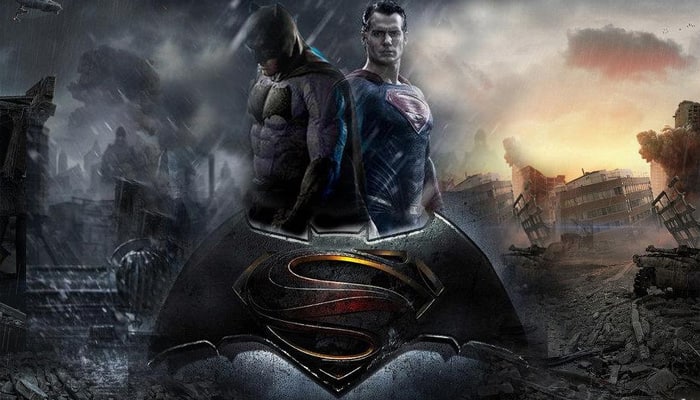 Warner Bros' 'Batman V Superman: Dawn of Justice' is undoubtedly one of the most anticipated films of the year.

The narration begins with Bruce Wayne (Ben Affleck), the masked vigilante of Gotham city, travelling to Metropolis to not only take down Gotham's villains, but also preparing himself to take on Superman.

This is a goal shared by Lex Luthor, the owner of Lex Corp, who detests Superman, for reasons unknown and uses Batman as his instrument to force them to fight one another to death.

The film aims to be an epic, but ends up being nothing more than a chaotically assembled revisit of the most cynically told story of a superhero, who is actually just learning to be a hero as he goes toe-to-toe with a seasoned crime fighter, Batman.

Touted to be a face-off between Batman and Superman, the plot rambles off onto an incongruous tale that pivots on a flimsy ground. The film lacks a central plot and thus, the narrative jumps randomly, leaving the audience confused, as to what is going on.

Designed similar to the tone of "The Dark Knight" trilogy, the first act builds to the carnage ahead, which it sometimes labours through. The final few minutes clearly pave the way for future films like; "Justice League" and the "Batman" series.

Batman and Superman of course fight and that is easily the best few minutes of the film. But the problem is in a two and half hour narration, this scene gets lost in the narration.

Of the cast, Henry Cavill, as the journalist Clarke Kent and Superman along with Ben Affleck as Bruce Wayne and Batman perform perfunctorily.

They are supported ably by; Jeremy Irons as Alfred, Amy Adams as Lois Lane and Laurence Fishburne as Perry White, who had a miniscule role in "Man of Steel". Here their roles are well-fleshed out and they shine. But, the real revelation here is the casting of Lex Luthor and Wonder Woman.

While Jesse Eisenberg portrays the sarcastic and self-absorbed Lex Luthor brilliantly, Gal Gadot as the Wonder Woman is wasted with limited screen time. The rest of the numerous characters get lost in the maze of confusion.

With brilliant production values, Larry Fong's camera work is dazzling and is accompanied by Hans Zimmera¿s overtly orchestrated, pounding background score, which is a killjoy at times.

The action sequences are well-synchronised and a treat to watch.

This film will appeal only to those who are totally submerged in the Diamond Comics Universe. However, even, the fans of the comic will find the film to be an immersive, computer-generated bore fest, packed with high octane action sequences.

Overall, this superhero film is a mediocre fare, which disappoints and will neither appeal to kids, nor adults.

Sequel to 'Sarfarosh' will happen next year: John Mathew Matthan