For most of America, 2016 has been recorded as the second hottest year in history!

Average temperatures across the entirety of the lower 48 states were nearly 3 degrees Fahrenheit above normal. 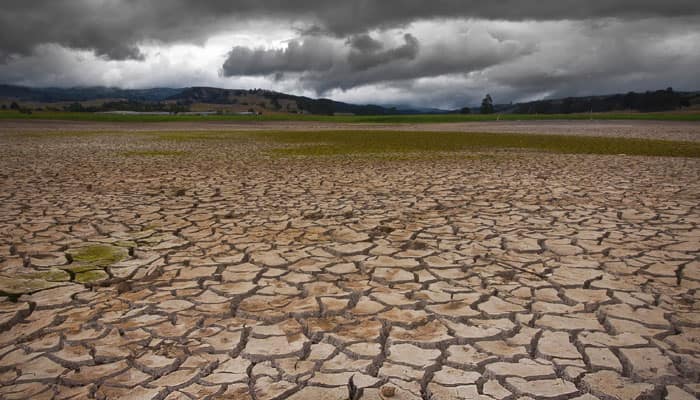 New Delhi: For those who have been feigning ignorance over the subject of climate change thinking it's a hoax, here's another evidence and a chance to give it a second thought.

According to the National Oceanic and Atmospheric Administration (NOAA), 2016 was the second warmest year in recorded history across most of the US.

Climate change and global warming have been the most-debated topics of 2016 and deserve to be too, especially considering the haunting impact they have over the world.

Loss of biodoversity, degarding ecosystem, ocean warming, melting of ice sheets, not to mention how 2016 has become the warmest year in history in many countries across the globe, has the world's biggest nations pondering over effective ways to curb the phenomenon.

Average temperatures across the entirety of the lower 48 states were nearly 3 degrees Fahrenheit above normal, the agency said. Alaska fared even worse: NOAA described the state as “baked,” with temperatures skyrocketing almost 6 degrees above average.

“On the statewide level, 2016 was a year of temperature and precipitation extremes,” the agency said. “Every state in the union had an average annual temperature that was among the warmest seven of their historical records, and all but Iowa, Maine, Nevada, Oregon and Utah had one of their warmest five years,” the Huffington Post reported.

According to Huffington Post, researchers also found the second highest number of weather and climate-related disasters in any one year. A total of 15 such events ― including Hurricane Matthew, inland flooding, droughts and wildfires ― killed 138 people and cost more than $46 billion.

The confirmation comes on the heels of year of troubling climate change-related milestones. The 10 lowest years of Arctic sea ice have all occurred in the past decade. Seas are rising at the fastest rate in the last 28 centuries. And in 2016, 11 of 12 months set new high-temperature records.

Scientists had predicted 2016 to become the warmest year on record for the entire world. NOAA and NASA are expected to release that data this month.