Ravneet Singh was waiting to enter the Portcullis House when the assault took place outside the UK Parliament. 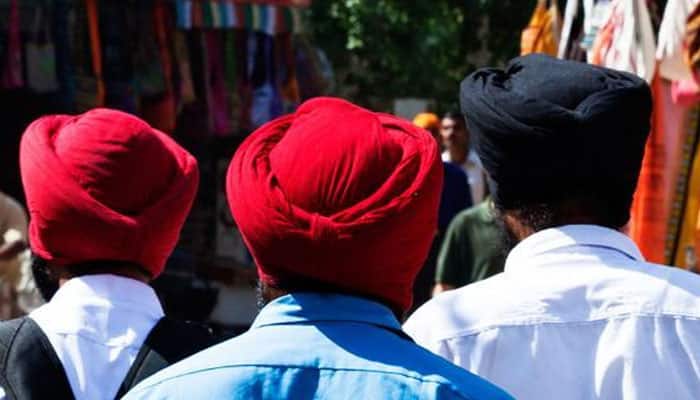 London: An Indian Sikh man's turban was ripped by a white man shouting "Muslim go back" in an apparent racist attack outside the UK parliament, according to a media report.

Ravneet Singh, 37, who is from Punjab, was waiting to enter the Portcullis House, part of the British Parliamentary Estate, to meet Sikh Labour MP Tanmanjeet Singh Dhesi when the assault took place yesterday.

Singh told reporters that he was waiting in the queue when the man, who was shouting "Muslim go back", approached him and tried to remove his turban, a religious headgear.

"I was in the queue outside Portcullis House and this guy ran up to us. Just before we got to the entrance he came up to me and attacked me,'' he said.

"He was pulling at my turban strongly. It half moved and I grabbed it. Before he could do anything else I shouted at him and he ran," Singh was quoted as saying by The Independent.

Singh said the man made a "racist comment" in another language that he did not understand.

"He was a white man, but he didn't sound English. He said something like 'Muslim go back'," he added.

Dhesi, who was to host Singh, expressed "disgust" at the incident and sought action against the culprit.

"Disgusted to discover today that someone filled with hatred tried to pull off the turban of one of my guests standing in line outside @UKParliament. I hope the @metpoliceuk /authorities will take urgent action," Dhesi tweeted.

Disgusted to discover today that someone filled with hatred tried to pull off the turban of one of my guests standing in line outside @UKParliament. I hope the @metpoliceuk /authorities will take urgent action. https://t.co/0MRgdICPwa

According to the report, the police have confirmed being alerted at 5.20 pm about the assault outside the building adjacent to the Houses of Parliament, which is home to offices for MPs and their staff.

Police said no arrest has been made so far and they were probing the case.

The Sikh community in the UK has often been the mistaken target of hate crimes against Muslims that surged after the 9/11 attack in the US.

Last June, an airline passenger mocked a Sikh man's turban and suggested he was a "terrorist" in a series of racist Snapchat posts that sparked outrage on social media.