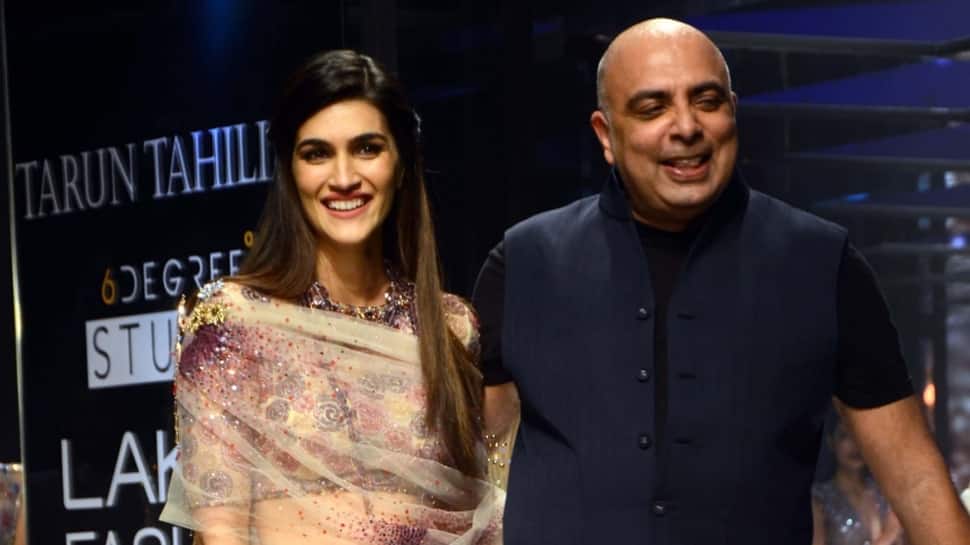 "I do have a crush on her after 'Bareilly Ki Barfi'. She was in the worst of clothes in that film but her personality made it glamorous and this is what I want girls to follow.

"You have to dress, you have to wear clothes and you have to make it. I think somewhere we lost that idea (with heavy outfits)," said Tahiliani during post show conference giving example of how Kriti nailed her character in the film "Bareilly Ki Barfi"

Tahiliani brought the romance and fantasy of florals and the cosmic stars along with an ethereal flavour of his signature, layered and weightless fashion for his "Tarakini" Spring/Summer 2018 collection. 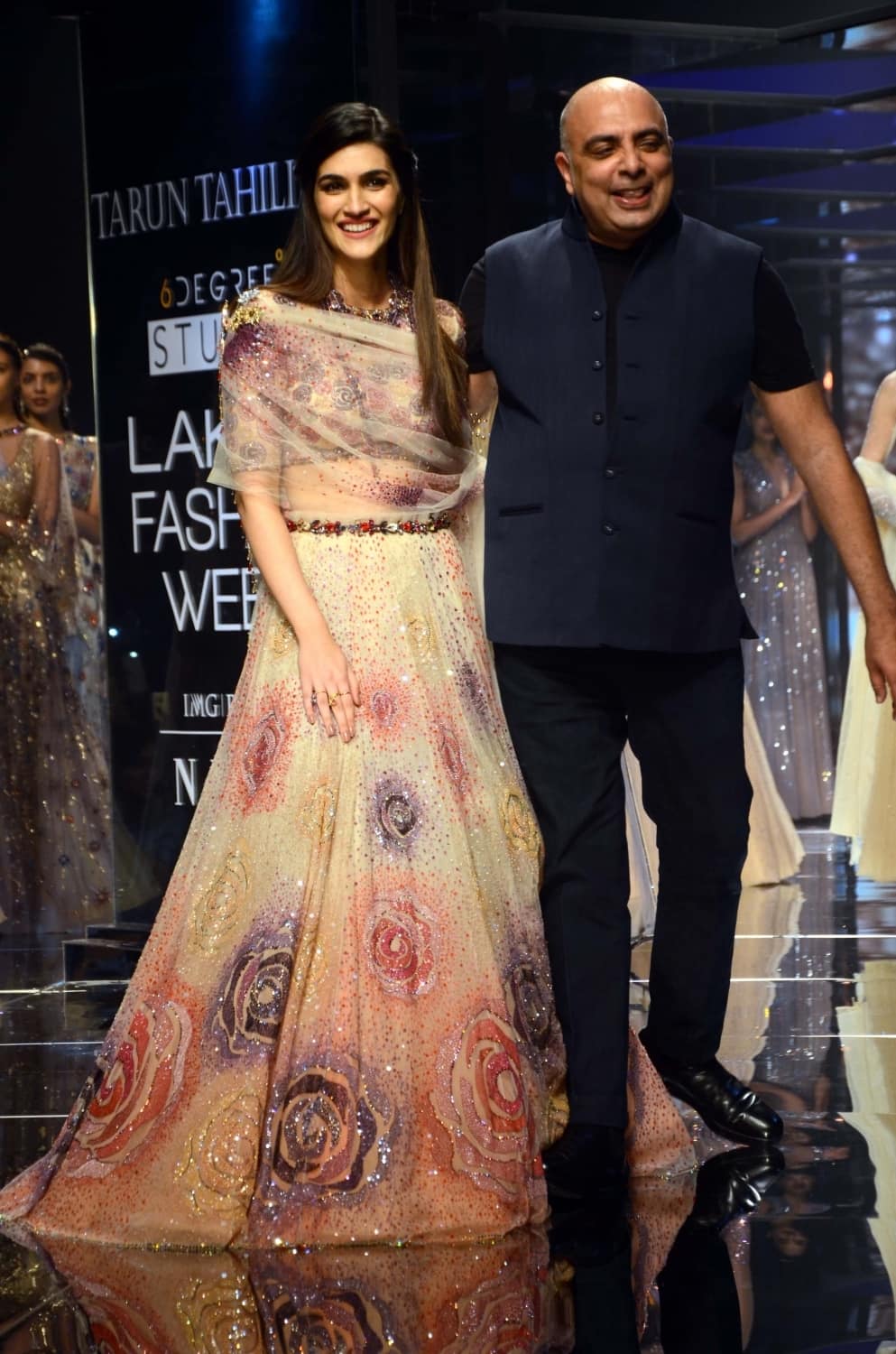 "For some time now, I have been thinking about fashion's role, especially in evening and bridal wear, and how it has failed the modern Indian bride because the clothes are so heavy, stiff, uncomfortable and never to be looked at or repeated again.

"Since our "Tarakanna" collection - meaning stardust, we set out to create clothes that let women be comfortable and really have fun while still being as glamorous as they felt inside," said the designer.

The core inspiration appeared to be the celestial universe and its constellations of stars that twinkled in a wide array of colours and glittered on the garments to enchant the audience.

Chantilly lace, Chanderi, cotton, georgette, crape and Italian tulle were enhanced with bead and Resham work, as well as the sparkle of crystals and sequins.

Detailing like lattice work, hand painting and digital textile printing added to the layers of flowing fluid shapes brought forth by celestial hues.

The black collection was a dream with visions of glamorous creations with gold embellishments and gave the line unbelievable drama.