On the work front, Sonam will next be seen in The Zoya Factor starring south star Dulquer Salmaan in the lead.

New Delhi: The B-Town fashionista Sonam Kapoor recently turned heads in her bright yellow maxi dress. She looked like eternal sunshine in the attire and aced her airport look.

The stunner of an actress's summer dress with yellow sandals and black sunnies made her a super suave attraction and paps couldn't be happier spotting their favourite celeb in town. Check out her pictures: 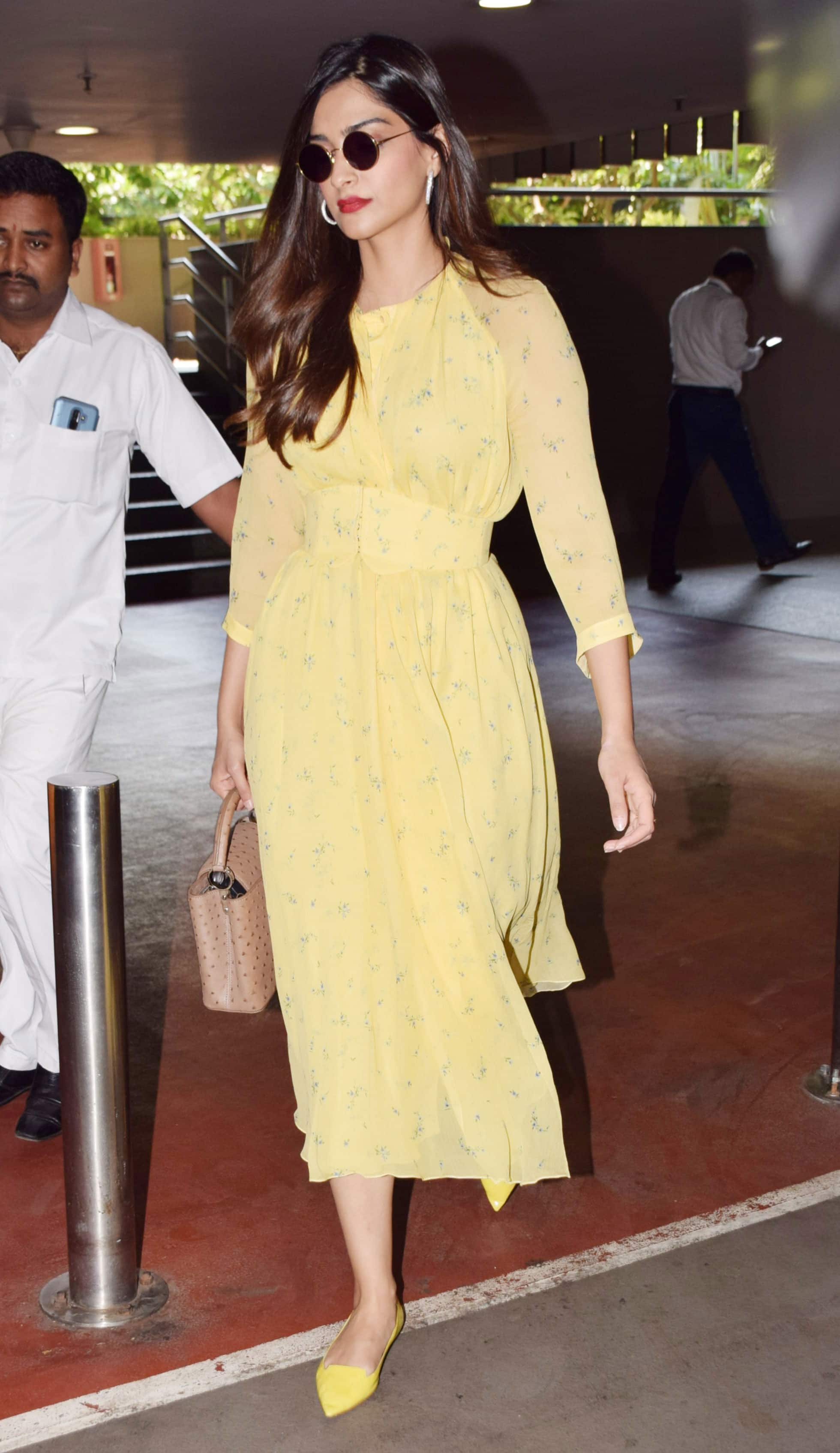 Recently, Sonam and hubby Anand Ahuja's pictures went viral on the internet where the doting husband was seen tying her shoelaces. Fans loved the chemistry between the two, hailing the duo high in setting major relationship goals.

On the work front, Sonam will next be seen in The Zoya Factor starring south star Dulquer Salmaan in the lead. The movie is helmed by Abhishek Sharma and is produced by Fox Star Studios.