Ramsey, who signed a four-year deal with Juventus in February, left Arsenal after making more than 350 appearances in 11 seasons at the Premier League club. 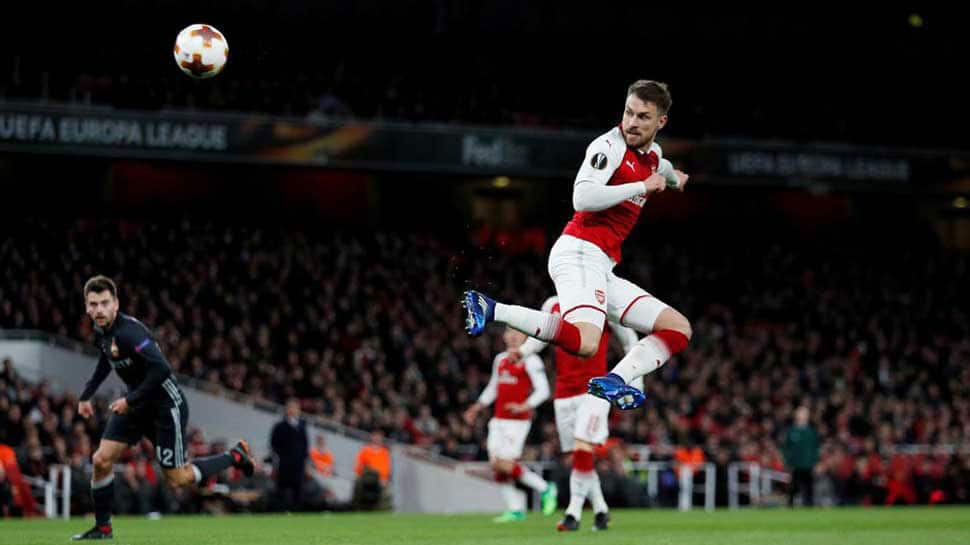 Wales midfielder Aaron Ramsey believes Italian champions Juventus are the right club for him and he is looking forward to working with new coach Maurizio Sarri.

Ramsey, who signed a four-year deal with Juventus in February, left Arsenal after making more than 350 appearances in 11 seasons at the Premier League club.

"When I heard that Juventus were interested in me, I thought it would be a dream to come here, as well as a great challenge. You can`t turn down this opportunity. This is the right club for me. I hope to be a part of the history," Ramsey told reporters at his unveiling on Monday.

"The squad and the players and the manager have all welcomed me very nicely so far. I have spoken to him (Sarri) a few times. He is very approachable and easy to talk to...I am looking forward to the challenge and I hope to play my part."

"From what I saw last season, he had a good season at Chelsea. He was definitely a success and hopefully, he can bring his philosophy and style to this team. Winning and playing good football is the ideal situation but it is not the only way," Ramsey added.

The 28-year-old becomes the third Welshman to represent Juventus after John Charles, who played for them from 1957 to 1962, and Ian Rush.

"He (Charles) is an absolute legend over here and for Welsh football. He`s definitely someone I can look up to and hopefully follow in his footsteps," Ramsey said.

"He definitely took everything in and left his mark here. I know how much he means to this club and the history he contributed here. He is a fantastic player and person I look up to and hope to emulate," Ramsey added.