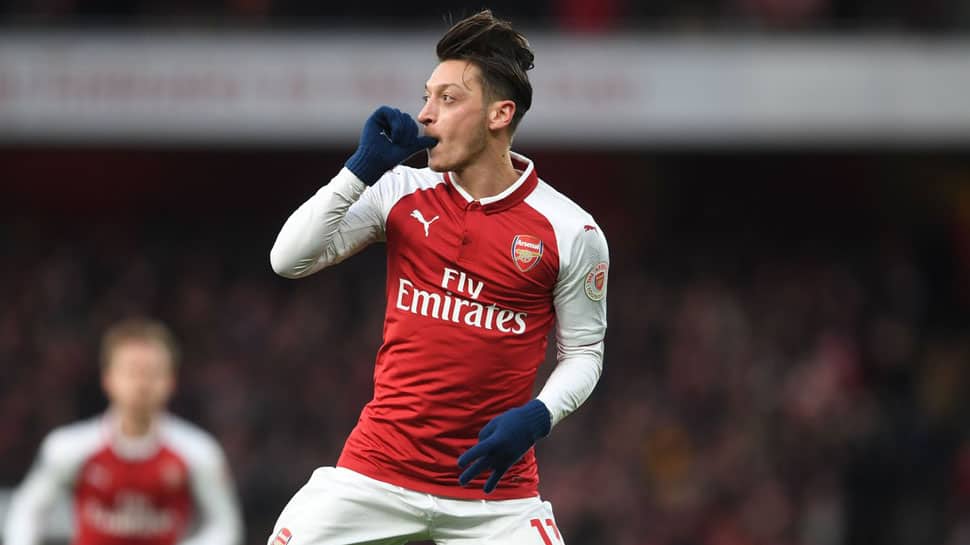 Arsenal midfielder Mesut Ozil is in line to feature more regularly in away matches starting with Sunday`s trip to Everton as the north London side look to clinch a top-four Premier League finish, manager Unai Emery said on Friday.

Five of Arsenal`s remaining seven league games are away as they look to return to the Champions League after a two-year hiatus.

"It depends on each match, sometimes it was because we needed something different, sometimes he was injured," Emery told reporters when asked about Ozil`s absence from the starting lineup in away games.

Ozil has generally played as a central playmaker this season, either behind one striker or behind the pairing of Pierre-Emerick Aubameyang and Alexandre Lacazette.

Emery said the latter role made Ozil play like a "team player" with his versatility to thrive in different formations proving to be useful.

"We can change the different systems with him and he can play to the left or right. Most important is to be ready and available to help us and now he is."

A win or a draw for Arsenal on Sunday will take them up to third in the standings above rivals Tottenham Hotspur with six more games to play.